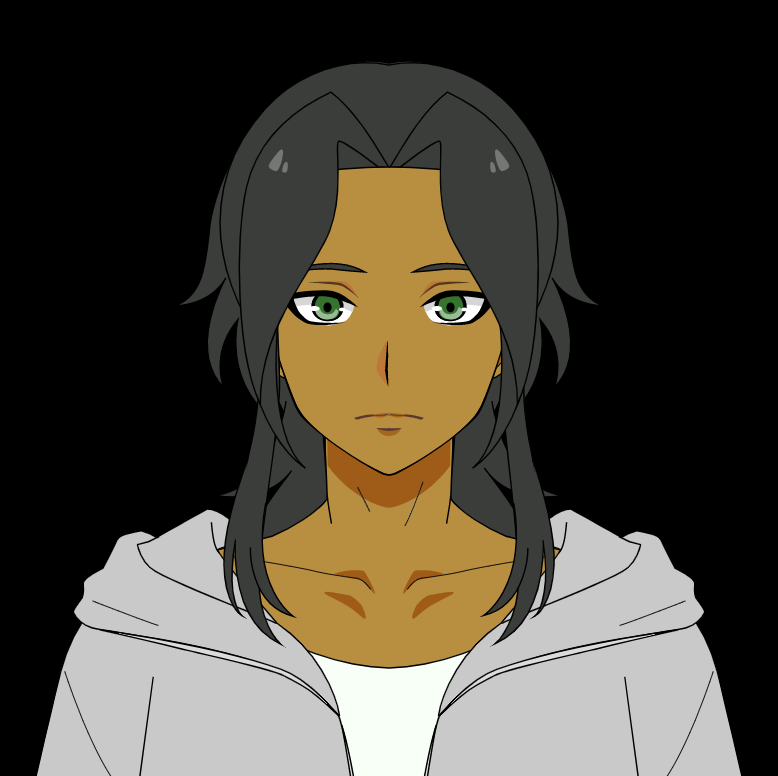 Milagros is a 16 year old (15 in his debut) Pokemon Trainer from Sinnoh and the primary PC of Temp/Routeferret.

Milagros is a [Spanish] 16 year old. He is about 5 foot 3 inches, has green eyes and long black hair. When he turns into a Pangoro, and later when Blitz turns him into an Anorith, he keeps his green eyes.

Milagros was a trainer who was born in Jubilife City, who ran away due to his abusive parents. He is unaffected by his abusive past though, and he often casually mentions whatever happened back then in a usual conversation. He also learned to speak Monese (all of those years went to waste when he turned into a Pancham though).

Milagros was born and raised by his (abusive) parents in Jubilife City. And when we mean abusive, we mean really abusive. Every time he slipped up even slightly, his parents would unleash their pack of Weaviles on him. After a while, he had enough of all of it and ran away with his Persian.

He ended up sailing to Kalos, and got attacked by a Vespiquen and an Absol almost as soon as he got there. However, he ended up managing to capture them (and a swarm of Combees with the Vespiquen, who he later set free). Since then, he's been going from region to region, usually ending up joining adventures against his will. At one point he stayed in Kanto to work as a substitute Gym-Leader in place of Misty.