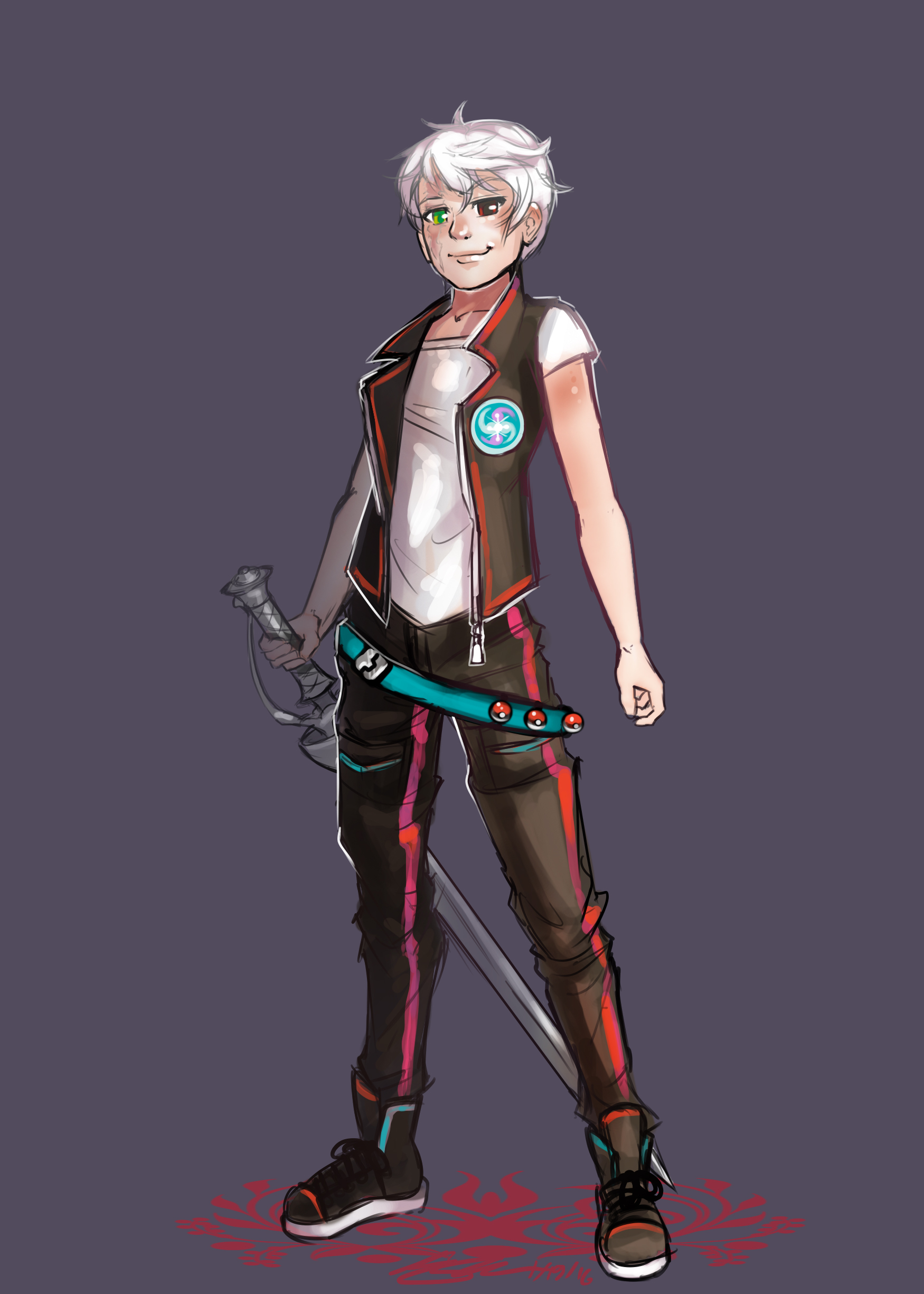 Jason Maxwell joined the J-Team in Snowbelle and is currently working on trying to practice his newfound Aura Abilities. He keeps his late father's styler with him.

Jason Maxwell lived a normal life growing up in the Johto Region's Goldenrod City. In fact he had been studying to be a Gym trainer with Grim, a Hoothoot he had received for his 7th birthday. However, tragedy soon turned his peaceful life on its head.

One day, a representative of the Fiore Ranger Union appeared on the Maxwell's doorstep, bearing two items. The first was a broken Capture Styler, his father's. The second was Ragna, his father's partner Pokemon. They were told only that Johnathan Maxwell had met his end in an accident, a rockslide to be precise. The family was devastated. Soon after the Jason withdrew from training and the family packed up to move to Sinnoh's Jubilife City, where his mother, Joleane, gained a job as a news reporter.

As the years wore on, a single question persisted in his head, "Why did Dad die?" This very question drove him to leave home on a journey on his 18th birthday, despite his mother's protests. He spent a few months in the Fiore Region, where he discovered his father had perished in Lyra Forest, where rock slides were uncommon. This raised more questions as he traveled throughout the Ranger regions and onto Kalos, where he met up with members of the J-Team in Snowbelle City.

On occasion Jason tries his hand at crime fighting, going by the name "Blue Emperor". While doing so he wears a blue bodysuit styled like a tux and an oblong helmet with an Empoleon trident on the front.