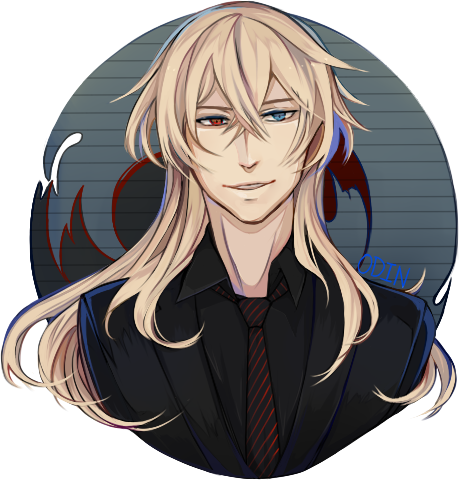 Artwork of Odin by blackbunni

Odin is an NPC of Umbramatic's who was part of Cipher, the Illusion Project, and Neo-Flare.

Odin was the son of a Cipher scientist, who was killed by Chrome during his raid of a Cipher base in order to rescue Lina. Following his death, Odin was raised by Cipher and until the events of the Orre Arc had a deep-seated fear of Beldum and its evolutions.

During the Orre arc, Odin faced up against multiple members of the J-Team in Pokemon battles and other affairs, including Lina and Chrome, and was briefly in possession of Crewe while she was a Shadow Pokemon before his abusive treatment of her due to viewing her as a pet for her weremon nature led to Titan forcibly removing her from his custody. Later, he was recruited by Mammor to forcibly obtain information from Ren via torture. During the climax he used a suit of powered armor custom-made for him by Illuianus to deliver a personal beatdown to Chrome; while it allowed him to finally overcome his fear of the Beldum line, he was ultimately defeated and prevented from doing Chrome in via Arika and Lina's intervention, and fled immediately afterwards.

He finally met his end during the Hoenn-2 Arc, in which after Ilya the Kyurem was freed of his mind-control tiara, she immediately devoured him. Later on, however, he was brought back as a Sandygast in order to complete a mission for Yveltal.