Orwell may be the strangest member of Kimberly Bond's team, but Peechee definitely comes in at a very close second. He and Orwell share a lot of similarities with each other: both of them are goofy crustacean-like Pokemon with an affinity for a language that originated from a classic dystopian novel. However, Peechee's affinity lies with Nadsat, the Russian-influenced slang from A Clockwork Orange, and unlike Orwell, who can barely be understood, some of Peechee's slang can be understood (er, ponied) via context or via the appendix at the back of the book. Also much like Orwell, Peechee is relatively cheerful and goofy, having a love for cookies (or, in Nadsat, peecheen, which is where his name comes from) and for the rest of Kimberly Bond's team members. However, when it comes to battling, that is unquestionably where the similarities end, because while Orwell is terrified of battling and views it as torture, Peechee absolutely relishes in it. Every time he is engaged in battle, or any time he watches one, he more or less becomes an entirely different Pokemon: his eyes glow red, his claws start to shake, and his overall personality becomes a lot more bloodthirsty- for lack of a better word- and a lot more violent. In this state, he will fiercely give out his strongest moves to absolutely nail the opponent to the ground, most notably his ace- the one-hit knockout move Guillotine. Unlike Colton's Lucario, this isn't a split personality-- though it might as well be. Despite this bloodthirsty side, even in this state he still cares about his compatriots and doesn't want to see any one of them get hurt-- throughout Ian and Evelyn's Hulbury Gym Battle, he was constantly screaming at Ian's Pokemon to not give up.

Like Ozzy, Peechee has a very strong sense of justice and will stand up for what he believes in; but unlike Ozzy he's not above the idea of revenge in order to maintain that justice. This was most prominently shown after the Hulbury Gym Battle, when he found out that Kim's father was mauled by a Krookodile; not wanting to see a "horrorshow orange" (good man) like David Bond- or anyone, for that matter- die at the jaws of a Krookodile, Peechee vowed to find the Krookodile, faint him, and kick him out of the Unova region. That same day, he also decided to help Orwell conquer his fear of battling and promised him a cookie if he joined, showing that even in the midst of his rage, Peechee can be gentle with others when need be- especially if they're named Orwell. Despite relishing in the idea of battle, Peechee doesn't view it as torture for his opponents like Orwell does- except if he thinks they deserve it, such as the Krookodile who hospitalized Kim's father. Instead, he mainly views battling as a way to get stronger, and encourages Pokemon such as Orwell to use status moves if they want to; indeed, after Orwell evolved into a Crawdaunt, Peechee was absolutely delighted and declared it to be absolutely "zammechat" (wonderful). After his evolution into a Kingler, Peechee's personality hasn't changed in the slightest, both in terms of his goofy, fun-loving side and his more vigilant, bloodthirsty side-- and his use of Nadsat hasn't faded, either, as opposed to Orwell, who now switches between Newspeak and standard English depending on who he's talking to.

Kim's personality file on him reads as follows:

"NEW POKEMON CAUGHT: PEECHEE THE KRABBY. LIKE ORWELL, HE IS A CRUSTACEAN-LIKE POKEMON WHO IS FLUENT IN A LANGUAGE THAT ORIGINATED FROM A DYSTOPIAN NOVEL- IN HIS CASE IT'S NADSAT. SOME OF IT CAN BE UNDERSTOOD VIA CONTEXT, BUT REGARDLESS OF THAT I AM FAIRLY CERTAIN THAT IT WILL ANNOY REVER MUCH LIKE ORWELL'S USE OF NEWSPEAK HAS. PEECHEE IS NORMALLY GOOFY AND FUN-LOVING, AND LOVES COOKIES, BUT WHENEVER A BATTLE HAPPENS, HE BECOMES... RATHER BLOODTHIRSTY, IF I AM BEING HONEST. HIS CLAW STARTS SHAKING, HIS EYES TURN RED, HE STARTS SCREAMING ABOUT HOW HE WILL KILL THE OPPONENT WITH GUILLOTINE, AND HIS USE OF NADSAT INCREASES. I HOPE HE IS OKAY AND I HOPE THIS IS NOT A SITUATION LIKE REVER'S LUCARIO..." 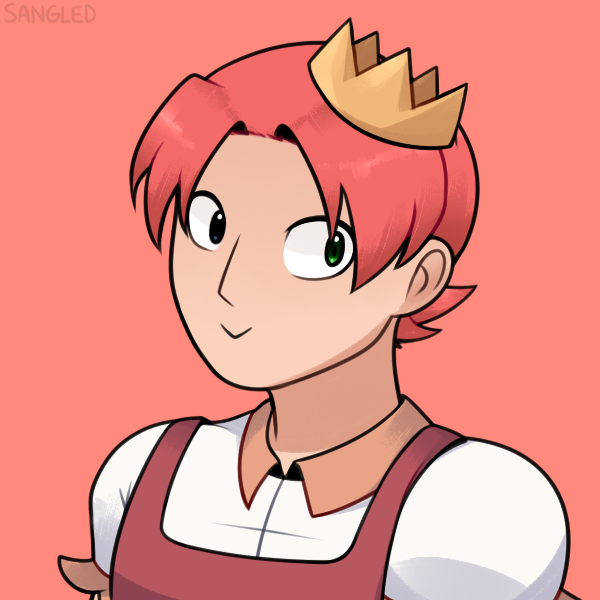 A prospective gijinka of Peechee in his "regular" mode, as done by Goldenheart388. 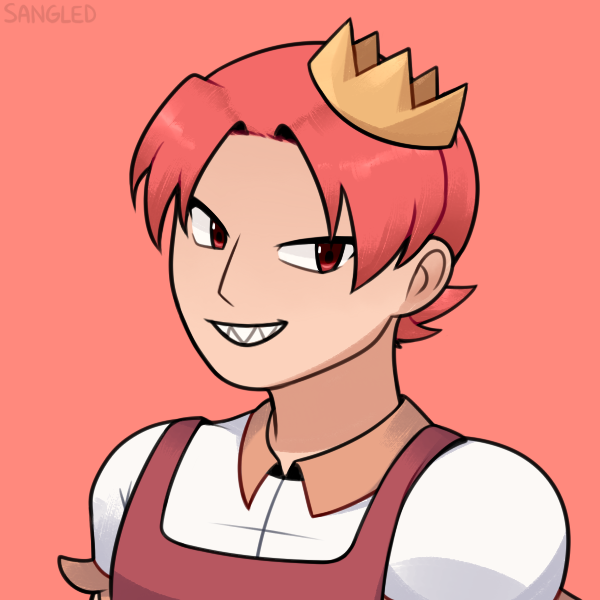 A prospective gijinka of Peechee in his "battle" mode, as done by Goldenheart388.