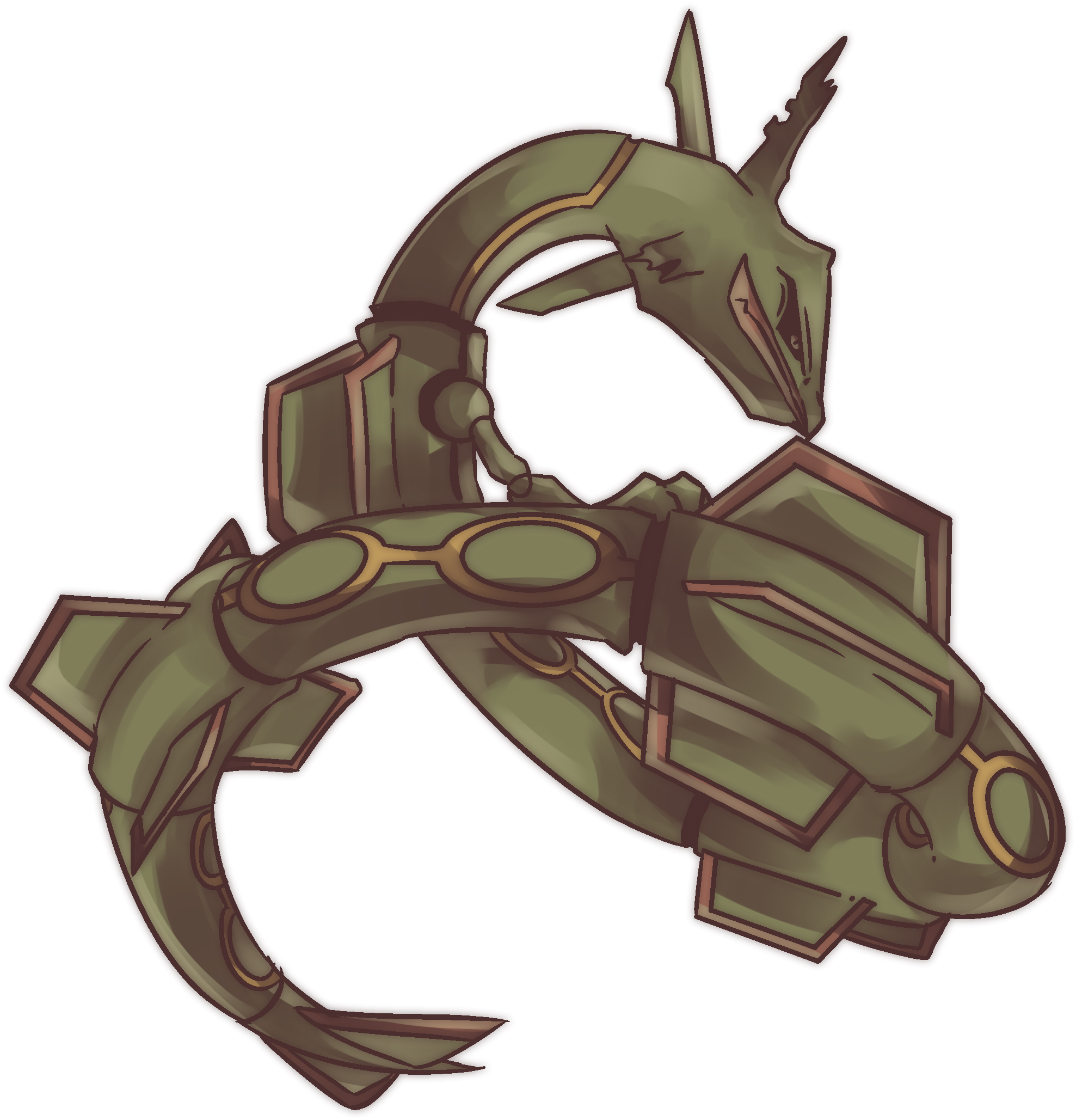 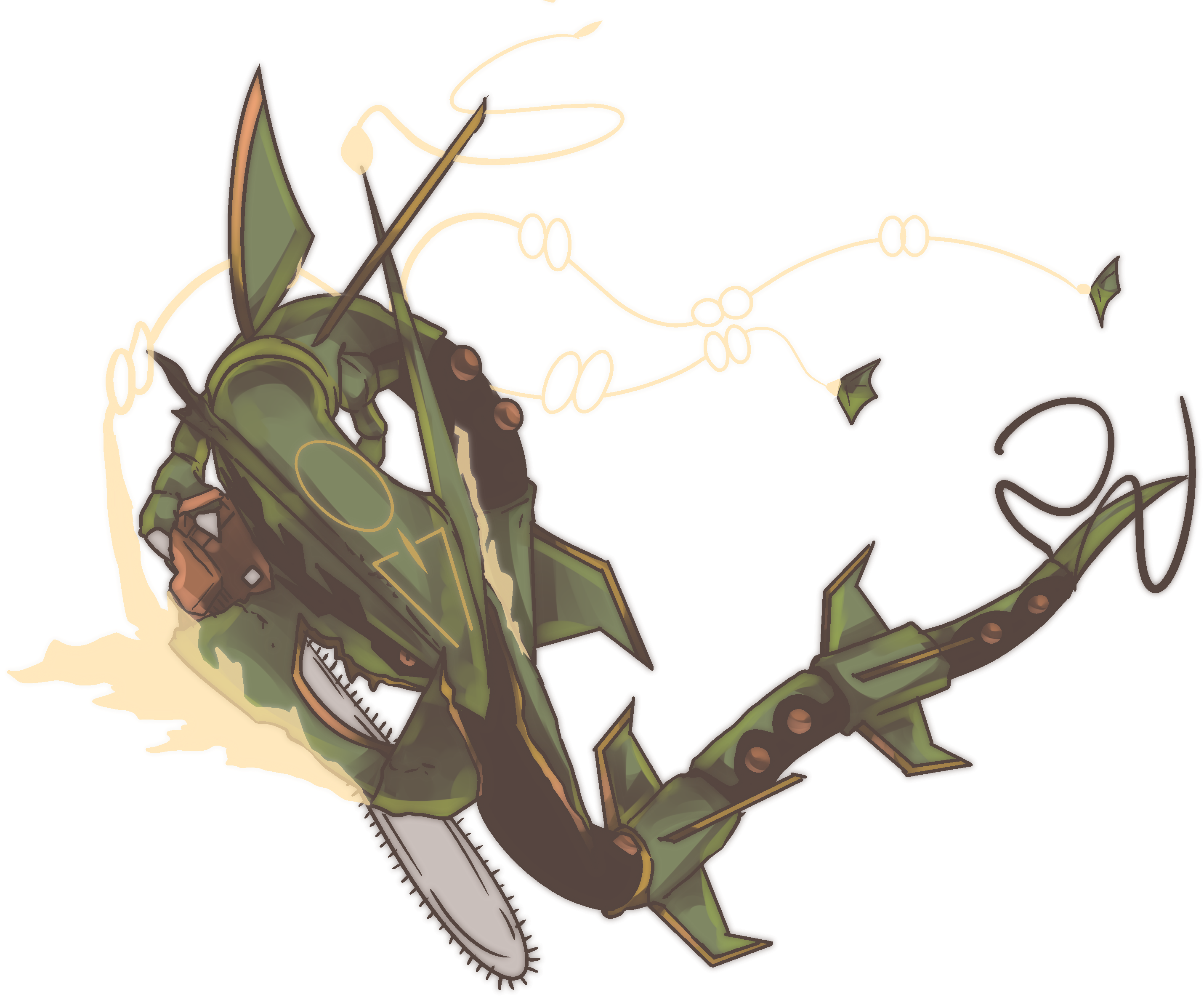 Vyvyan Mega Evolved, chainsaw at the ready. (Commission by autobottesla.)

Vyvyan is an apotheosized Rayquaza and one of the Weather Mini-Trio, though he is in human form more often than not. He was formerly a member of Team Magma, but, due to actions by Anja, ended up as the Rayquaza counterpart to Sandy/Buggle and Levi/Depthcharge.

Ethnicity: Primarily [Okinawan] with [Polynesian] and some [Irish] ancestry, possibility of Draconid blood as well.

Ability (As a Rayquaza): Air Lock