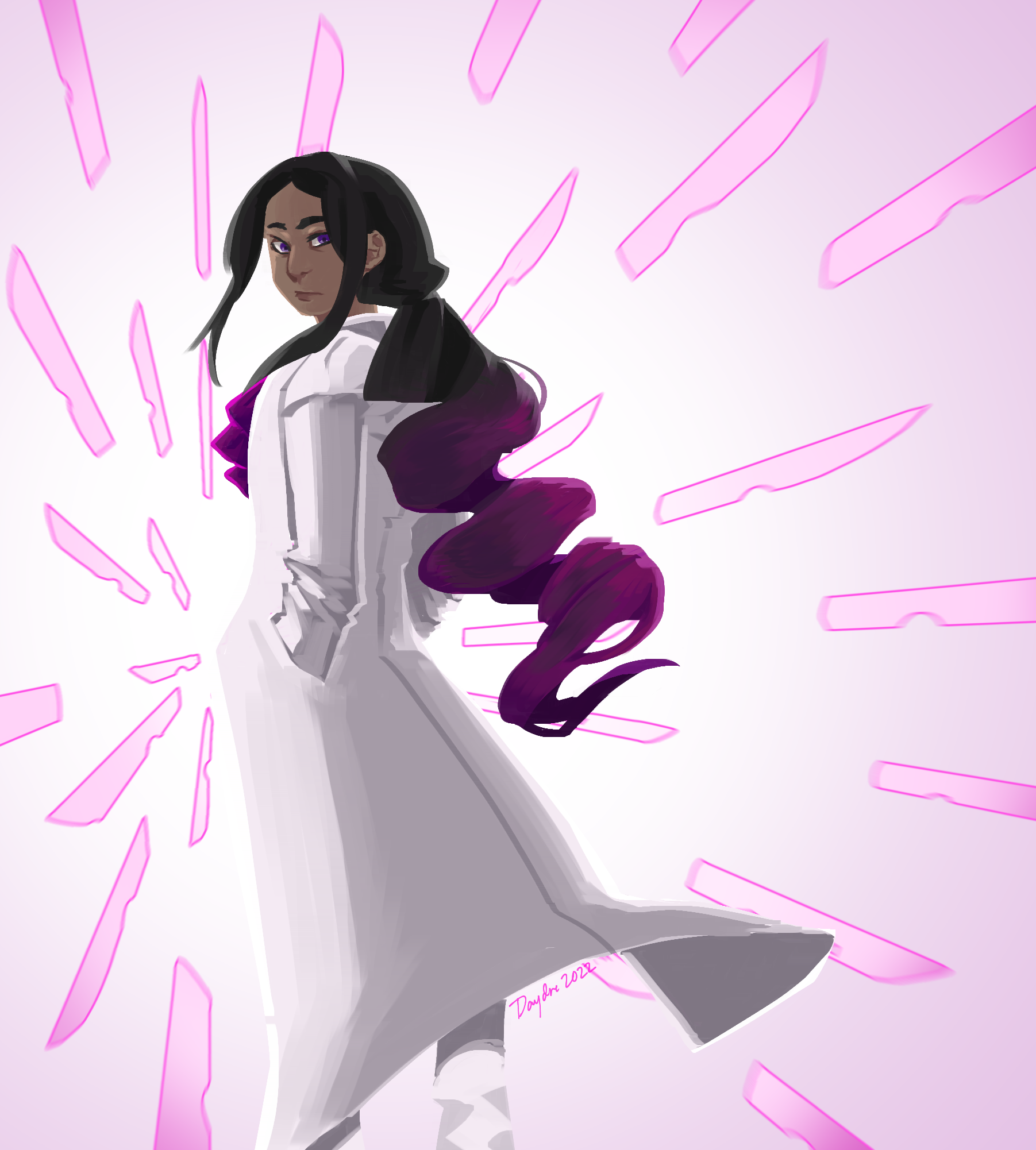 Adelinde the Scythe is a Templar created by and in the employ of The School.

Adelinde looks to be in her late twenties or early thirties. She's very tall, with light brown skin, long black hair that she ties into a heavily curled and dyed purple ponytail, and the typical purple eyes of School creations. She likes to wear white.

Adelinde is arrogant, sadistic, mercurial, and overall possessed of no redeeming features. She's very fond of the sound of her own voice, obsessed with demonstrating her own superiority in all situations, and a grade-A control freak. She has a penchant for banter, and is undone by her own propensity to draw out a fight as often as anything else.

Adelinde is psychic, with a general suite of basic telekinetic and telepathic abilities. Her specialty, however, is in her use of the move Psycho Cut. She can create and independently manipulate dozens of psychic blades, each of which is individually capable of causing tremendous damage, defending her from attack, and being put to a broad variety of other uses. Her title of "The Scythe" owes to one of her favored uses of this ability, a single giant sword that she puts to use as a finisher.

Adelinde was the Templar who tracked down Percy after her escape from the School, and is responsible for her current condition. Adelinde finds this immensely amusing.