From We Are All Pokémon Trainers
Revision as of 17:54, 11 June 2012 by Sixthhokage1 (talk | contribs)
(diff) ← Older revision | Latest revision (diff) | Newer revision → (diff)
Jump to navigation Jump to search 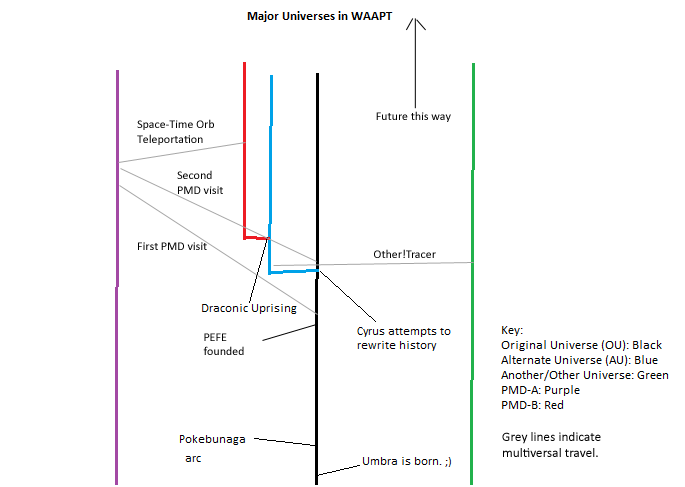 Original timeline: The universe where most of the RP takes place. Also known as the OU, or Original Universe.

PMD-A: The universe of the Pokemon Mystery Dungeon games.

No Moon Universe: A universe where a Poison-type legendary is fighting its way back into canon against a Nidoran.