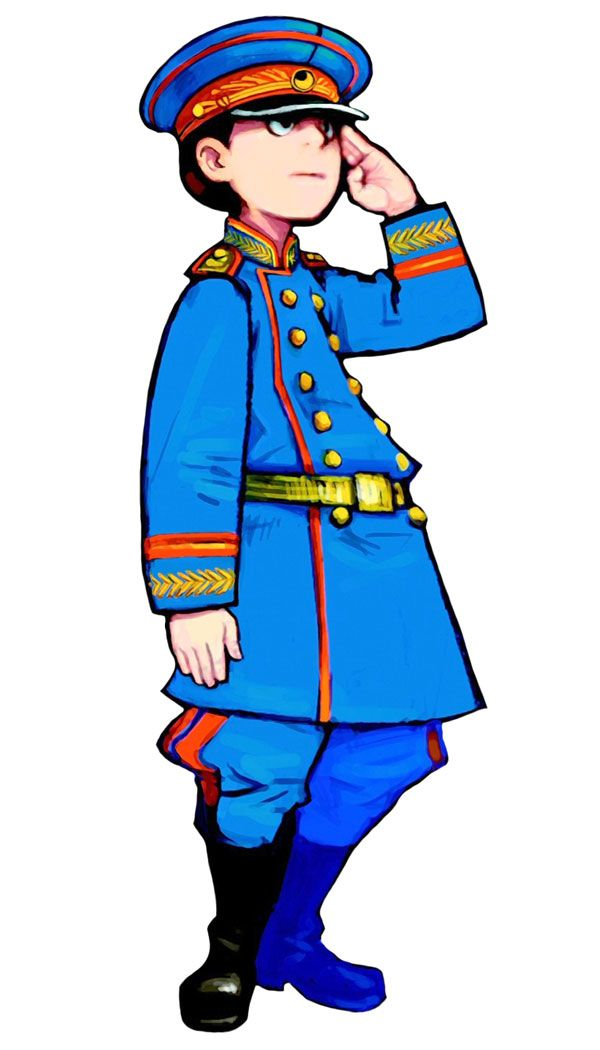 Colin is one of the secondary PCs of Temp/Routeferret. He is an army veteran and a Weremon.

Colin originally comes from Castelia City. His parents essentially had his life prepared for him, but their plans went awry when Colin joined the army. However, it turns out Colin joined an experimental branch.

Colin was going to be genetically modified to become a super soldier, but the day before this, a 16 year old pulled him to a shed and it turned out they were a Weremon. Colin decided to let the 16 year old scratch him so he could become a weremon too, turning him into a Cubchoo.

Since then, Colin has left the army and now spends his time in Kanto or in Unova.

Colin's first appearance is when there is a short flashback to 2014, when Colin joined the army. It shows the above mentioned part of Colin's backstory where he becomes a weremon.

Present day, Colin owns an outpost outside of Saffron City. He is first seen in the present when Callum delivers a box of alcohol to him, only for Callum to be approached by Colin's team and is pulled into a white building in the Outpost. His team ends up turning Callum into a weremon too, but Colin manages to free him before the transformation starts. Colin then tells Callum that he can come to the outpost if anything happens.