Full name Aislinn Yeh, Aislinn is a distant relative of Daydre, written by the troper of the same name. 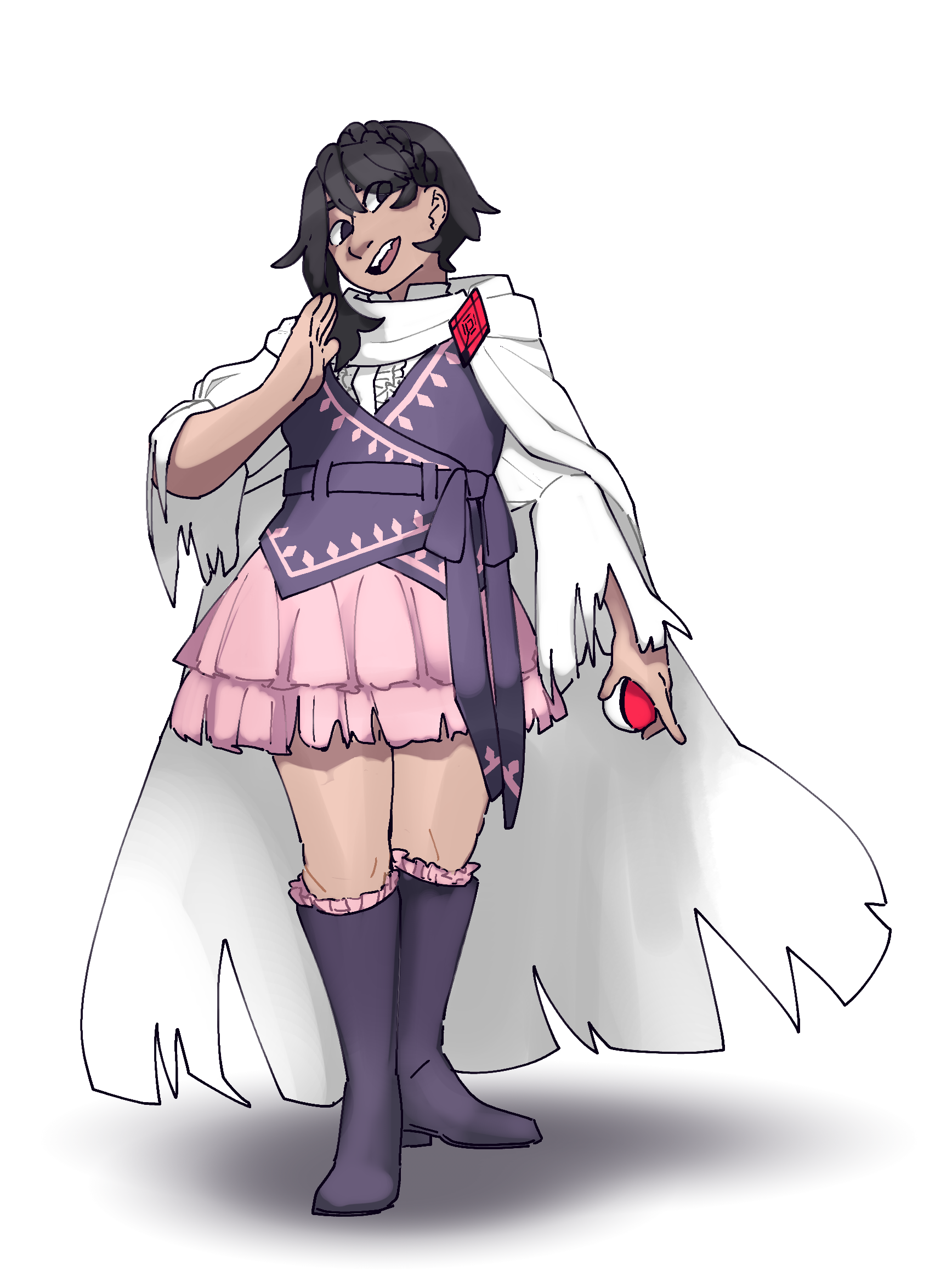 Acts nice and polite but is secretly a little ruthless. She's very good at hiding her feelings due to a childhood spent around Hattena line mons.

Looks notably similar to Daydre despite the distance of their relation. She wears her hair short in the back with long forelocks in front, one of which is braided around her head. She tends to dress in frilly pastel colored clothing. Her eyes are a dark purplish grey and her skin is pale. She is almost never spotted without her slightly disheveled looking white cape and red pin keeping it closed around her.

Not much is known about her. Her father apparently left when she was young and she lived most of her life in the forests of Ballonlea with her mother. She carries a strange mask sought out by many, principle right now being Morata Macraul. Childhood friends with Jacqueline.

She first appeared greeting Daydre before the latter's first Galar League Gym challenge. Daydre felt a strange sense of familiarity, and there was a resemblance between the two pointed out by Daydre's mons. Her next appearance had her conducting an interview outside the Ballonlea Gym. In it, she said some very odd things about a mask and a request for whoever took its alleged fake to come kill her. Her apparent intent was lure out the thief, and while she sort of achieved this she was also injured by the thief's servant in the process.

In November of 2021 she took part in a raid on Morata Macraul's mansion with Tagg, Chiyo, Megan, Avery, and Odin. She was quickly detained by Morata along with Daydre and injured her leg in the process. While the other raid participants searched, Aislinn and Daydre were contained in a dark room until Morata decided to release them into her basement full of Unovan Yamask. Upon release, Morata separated Daydre from Aislinn and forced The Mask on the former. By the time the other raid participants arrived, Aislinn had been forced to fight Daydre.

Daydre was eventually subdued, and Aislinn along with Tagg, Thespi, Ceal, and Tripod went to find Morata. They ended up encountering her in a hidden room in the back of her mansion, where she had been watching the spectacle. After a few charged words and an attempted murder by Aislinn, Morata teleported away. 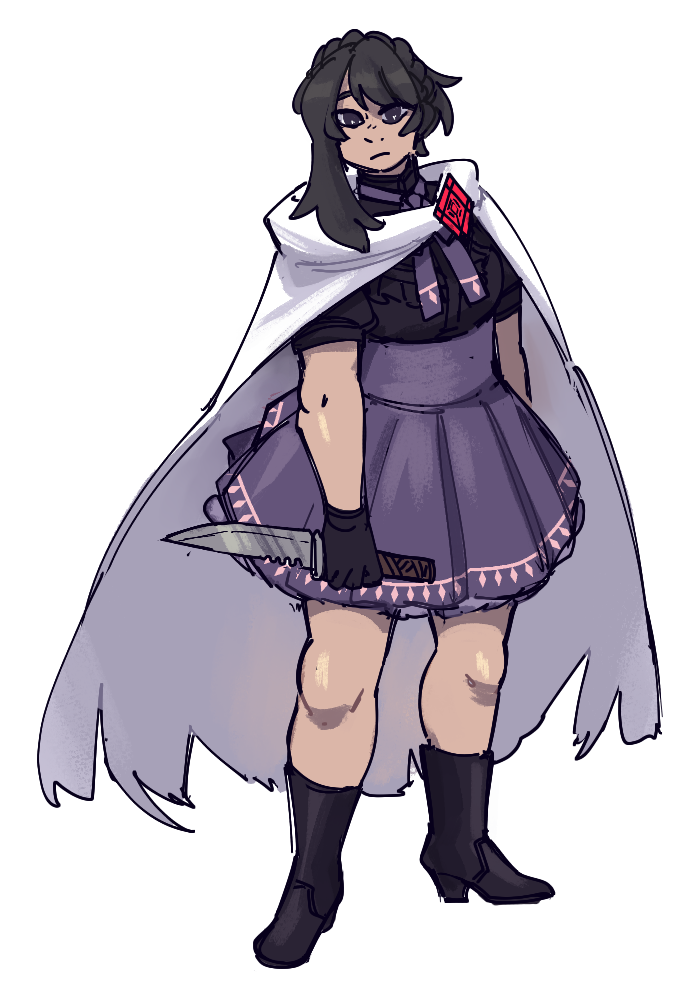 Aislinn travelled to Sinnoh with the J-team to avoid legal consequences for her actions.

Aislinn is a competent battler-- enough to get through the gyms of the Galar League. Her heart doesn't appear to be in it, though. She mostly focuses on powerful single target attacks and neglects defense or buffs.