Kamon Waterhouse is an actor and trainer from Galar who met the J-Team in 2020. 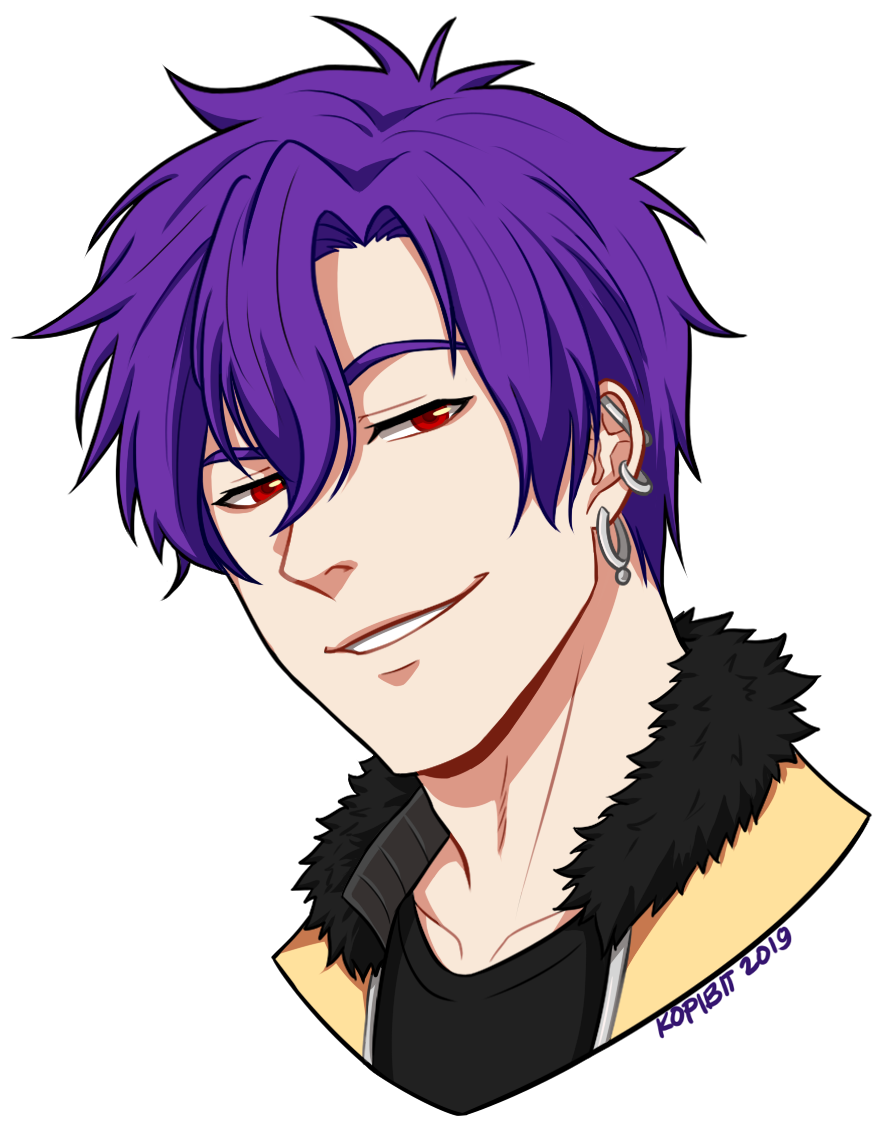 Superficial, spoiled, cheerful, and overwhelmingly flirty to a lascivious degree. He is extraordinarily vain and enjoys cultivating a particular fashion style and being looked at. Kamon uses many endearments and acts overly familiar with everyone, as he finds everyone incredibly attractive and has a terrible sense of boundaries. The most important thing in his life is his work, which he takes seriously regardless of the kind of production he's in. He hates being left out, and will put up with a lot from those whose approval he desires.

He has a Mindscape.

He was born in Circhester, Galar, the only child of a former Galar Champion and a psychologist. When Kamon was 7 years old, his parents divorced and he went to live with his great-aunt in Spikemuth. She enrolled him in singing and dance lessons, which he later acknowledged as his motivation for becoming an entertainer.

Prior to meeting the J-Team, he had established himself as a successful actor mostly known for being in the hugely-popular Galarian film series Henry Parker from his childhood onwards, as well as other film and television roles.

He obtained Rockstar in 2019 as a psychiatric service Pokémon.

Kamon began training Pokémon in Galar in January 2020, receiving a Sobble as his starter. He met the J-Team at the beginning of their Galar trip.