Channah is a trainer from Hoenn who tends to hover on the fringes of the J-Team and life in general.

In a word, she is detached. She keeps to herself, wandering the world aimlessly. She is inhibited and easily discouraged, and getting a long-lasting reaction out of her is difficult. However, she does have a much-mauled competitive streak that surfaces from time to time. She finds women difficult to understand, and is slightly less comfortable around them.

She has a Mindscape.

Channah was adopted from [Korea] by an [American] family, who moved to the outskirts of Violet City, Johto when she was 2. She attended public school there until the age of 10, when her brother Garrett gave her a Rattata as a starter.

At a young age, she challenged the Indigo League and beat the Elite Four, but had a nervous breakdown and forfeited the Champion match. She also lost most of her team when her long-lost twin Ira kidnapped her and killed them in a misguided Obscura ritual. Her favorite, Hale, saved himself from death by transferring his spirit to her Mindscape, which unfortunately broke the strong psychic connection they shared as he was trapped in her Mind of Crystal. Following this, she left Kanjoh and drifted. During this time, she built a new team, although with far less of an eye toward competitive battling than before. Eventually she settled in Hoenn.

She began traveling in close proximity to the J-Team in 2014. She joined them out of boredom, doing nothing of importance besides chasing the kidnapped Big Savings around the region. In Kalos, she attended a J-Team meeting in Lumiose, more or less officially joining the group, and caught two Pokémon, Thierry and Gelidus.

Channah was present for the raid on the Stormchaser, time shenanigans in the area near Hia Valley, and took leave of the group somewhere in Almia.

She returned in late 2017 to Unova, where she met Leeya and learned of the multidimensional rifts occurring. Then she joined various J-Team members in recovering the Stormchaser piloted by fake!Fortis and witnessed a brief fight against Yveltal. It was also revealed to her party that she had been started on antidepressants during her hiatus, and that she was unhappy about being isolated in the team again after those she'd known had left while she was gone.

Channah attended the Christmas party at the Clavis family manor. Afterwards, she started hanging around Tagg for an extended period of time while he took a break from the J-Team, traveling with him through half of Unova and part of Hoenn, meeting a variety of individuals, and becoming friends, culminating in his welcome-back party aboard the Stormchaser. She also helped him battle an Ultra Beast, accidentally became a weremon because of Mew's intoxicated machinations, was stalked by the ghost of Ira, and introduced Garrett to Tagg.

With her adventure with Tagg done, she promised herself that she would try to start socializing more.

When the vacation was over, her Pokémon found and returned one of her presumed-dead party members (Kandace the Pupitar) to her, causing her some shock and distress. She then allowed Tagg into her Mindscape for minor therapeutic purposes. He subsequently freed Hale from his imprisonment inside her mind, although the Espeon was subsequently only able to possess her body for short periods of time and remained without a physical form.

Channah remained oblivious while Ira, recently returned from the dead and missing his sister, plotted to combine their souls once and for all. A seemingly random fight between Garrett and Song (Ira's resurrected self as a Palossand) broke out near her house in Dewford, leaving Garrett heavily injured and her house destroyed, so she moved to the Stormchaser for safety purposes. Around her birthday, she and five other J-Teamers were trapped in a demonic construct aboard the Stormchaser, which was created by Ira and his borrowed Obscuric powers in conjunction with an evil man who had come through the Entralink. They escaped after a few days and Channah was freed from Ira's influence, although the curse was not completely exorcised. Her room on the Stormchaser stayed haunted and Ira was made the newest prisoner of her Mindscape.

At some point, she evolved into a Fletchinder, near Lilycove City. She joined the J-Team raid on a Pokefutures lab and helped fight against Tokarev. Afterwards, she obtained a Shadow Venipede and named it Necrobutcher. Channah also participated in a hostage-saving counter-raid against Team Iron and helped free Colton. She gave Tagg a Pokémon egg as a birthday present. Some time later, she summoned Mew and told her to retrieve Hale from her mind. To her dismay and Hale's delight, Mew transformed him into a Gallade in the process.

Limna's kidnapping by Paul Macraul, as well as the raids she participated in, encouraged her to start thinking seriously about training again.

At Ren and Cambria's wedding in Alto Mare, Tagg confessed his attraction to her. She returned his feelings after the battle in Lumiose against Mobius while the J-Team was hiding in PEFE HQ, and they started dating.

Channah accompanied the J-Team on a raid of Mobius' base in Ultra Plant.

Channah went with the J-Team to Galar for Ammy and Umbra's wedding, which she attended. Shortly afterwards, she received a "starter" Pokémon from a rookie trainer named Kamon. She accompanied Tagg on a joint exploration of Galar. There she discovered that she was endorsed for the Galar League by her brother without her knowing. She proceeded to challenge the Galar Gyms and win the first set of badges since quitting competitive battling in her teens.

Further adventures in Galar include her being present for another Stormchaser raid, fighting with Tagg about their relationship, going to the Distortion World and visiting Shadesden, going to the 2021 J-Con, throttling Kamon for showing interest in her boyfriend, and witnessing a fight among the Galarian legendary birds.

These days, Channah favors high speed and volleys of powerful moves to end battles quickly, as her patience for battling is not what it used to be. She is also just as likely to forfeit if she gets bored or feels she is irreparably losing. 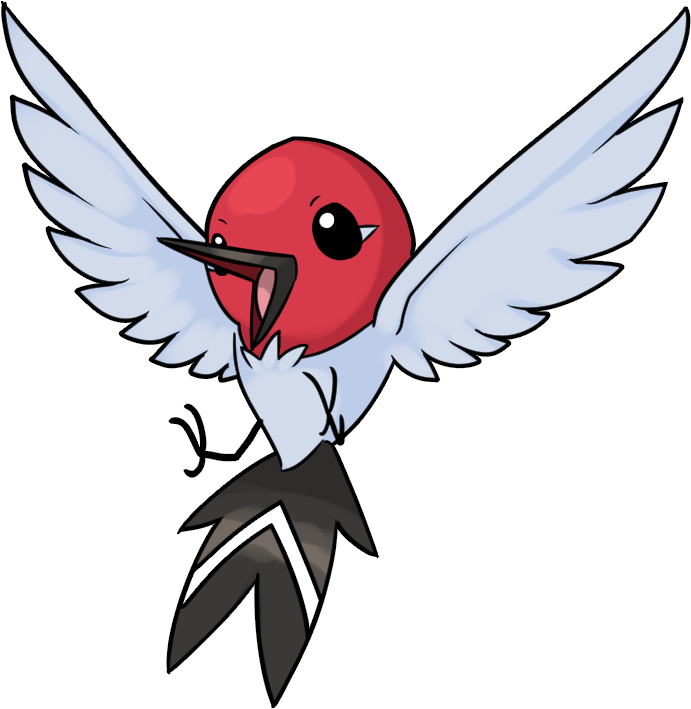