Silas is a straightforward and somewhat creepy individual that speaks mostly in monotone, he means well though.

Silas stands at a decent height of 1.82 meters or 5'11", has pale skin, long black hair tied into a neat ponytail, a short pointed box beard, and blue eyes with dark underlines underneath. His outfit consists of a Asimov Officer coat with Captain stripes on it, a light blue hoodie, dark pants and a set of futuristic boots. He has a notable feature of having a bionic left arm to replace the one he lost during a raid on a hunter base, physically it resembles the Winter Soldier's iconic limb. he often carries with him a large messenger bag to carry his supplies

Underneath everything he has some light scarring around the connection port to his left limb, and maintains a lean muscular form, meant for strength and flexibility.

Silas's pokemon form resembles his right hand mon Hacks in many ways, though the left arm is clearly a bionic, the mon form itself wears a custom blue poncho, the green magic scarf, and a set of goggles on top of his head.

He has two notable alternate outfits:

Silas is a stoic individual who has difficulties emoting and thus difficulties connecting to other people, he's concerned for others and tends to get involved in events even against the state of his own health. He's an individual who tends to focus on his own desires but can easily start offering people things, trying to connect and make friends, even if his inability to speak in anything other than a low monotone makes that difficult. For those Silas does connect with, can see his passion for development and change, hear him attempt to crack jokes and even show some form of expression, or even just have him try to share some of the stuff he's been getting involved in. Silas likes people, even if they mentally exhaust him.

Silas's inability to make facial expressions or emote is due to him becoming exhausted by people and expressing himself easily, thus he tends to default to a monotone and unexpressive face, he used to wear a mask to hide it but has since abandoned it. His mon form is more capable of displaying some emotion though still speaks in a monotone.

Overall also best described like a big dog, if you got him as a friend, you got a friend for life.

Silas grew up in Dendemille Town and had a ordinary childhood. He laughed, played, and learned with kids around him, during this time he also gained a Riolu, who eventually evolved into a Lucario and has stuck by Silas's side ever since. After Silas's 15th birthday he just stopped emoting and decided to finish up High School. After he finished, he spent a year studying and gaining new Pokemon, eventually moving out and onwards when the word of the J-Team hit, he started interacting with them soon enough and learned that the truth is stranger than fiction.

He however had a hard time connecting and took some time away from them, only to eventually return and get more involved when his job at Asimov got picked up. He connected with some of the more fringe members and went off to Mars, upon returning home he slowly started to interact with them more and more. Silas eventually got pulled into the team fully after a event that had him and several others sent off to the Foxverse, upon returning home Silas was forever changed and slowly started to leave his antisocial shell and fully joined in the shenanigans of the J-Team. Silas acquired a airship/spaceship of his own and has subsequently named it the Wing, giving it numerous modifications in preparation for whatever may come.

He eventually fully embraced the changes he had undergone, however reluctantly and got captured by a thief named Jay while in Pokemon form. He spent several months slowly losing his mind and learning of the hunter known as Delta. He was eventually freed and picked up a Sylveon named Ribbon.

Silas set about handling Delta's bases by himself, and lost an arm for it. He eventually got it replaced with a specialized prosthetic made by Diane, this experience changed him however and he set about preparing himself for future raids against the Hunter, as well as the remnants of Pokefutures. After a rather humiliating failure against the Hunter Delta, Silas realized he and his team were not enough, and so formed a team to fight against the Guild and Pokefutures, called the Aurabolts.

Silas eventually recruited Alice to his second in command, and eventually Nightingale to a 3rd position, prepping for the ever expanding team.

During all this, Ribbon had permanently assumed a human identity named Roxy Ribeon, and the two had begun something of a relationship. For 2 years the two interacted and went from friends, to partners, to eventually realizing how they felt about each other. The two held a wedding and got married September 24th, 2020, on the Asimov Space Station Persephone. Silas has no regrets and has found himself a lot happier with this, now more capable of showing expressions with others and even inviting friends in. The two have no regrets and look forward to seeing what the future holds in store.

During the events of 2021, Silas and a team headed off into a Parallel World to help end a galactic war, during which Silas met with a commune calling themselves Mandacarios. The Commune adopted Silas into the culture and helped him coalesce his identities into one self, granting him new confidence and views on life. He obtained special metal from the Commune and set about forging himself a suit of armor, with which he feels he can face the oddities of existence more readily now. 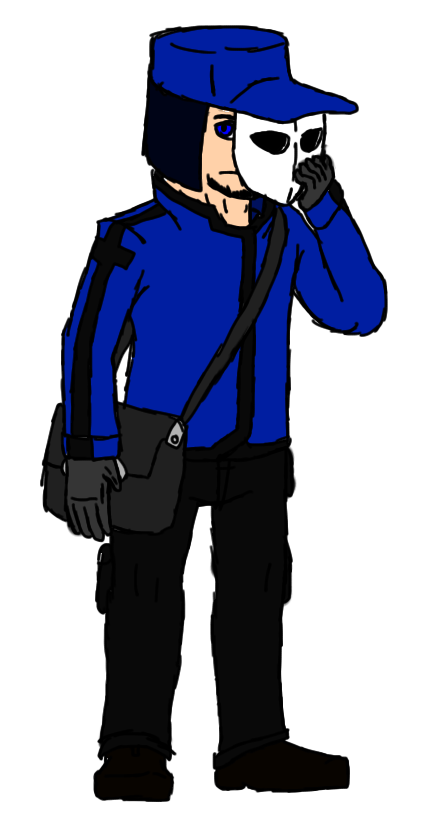 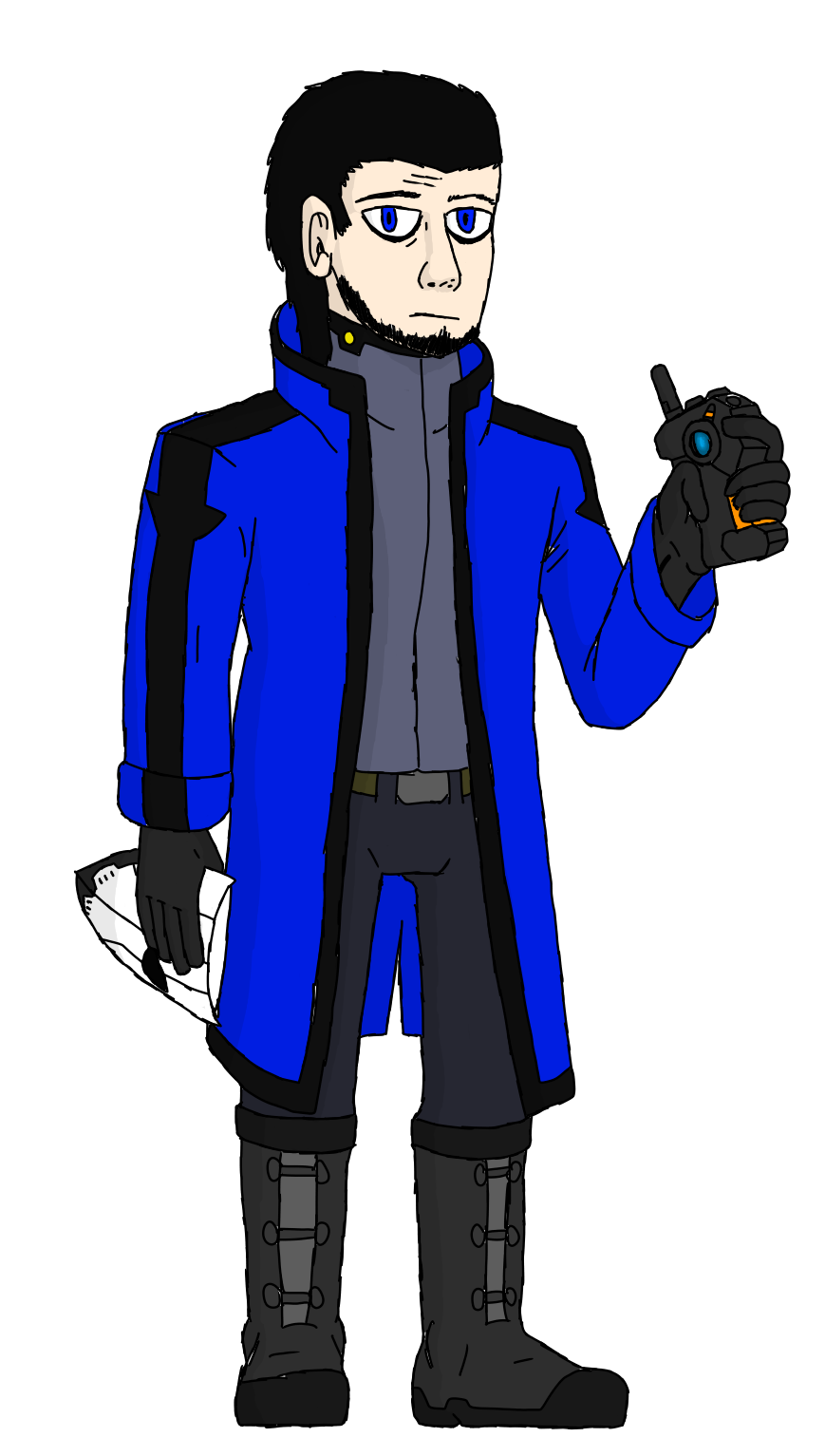 The man himself. Let him rest. Character Portrait by His player 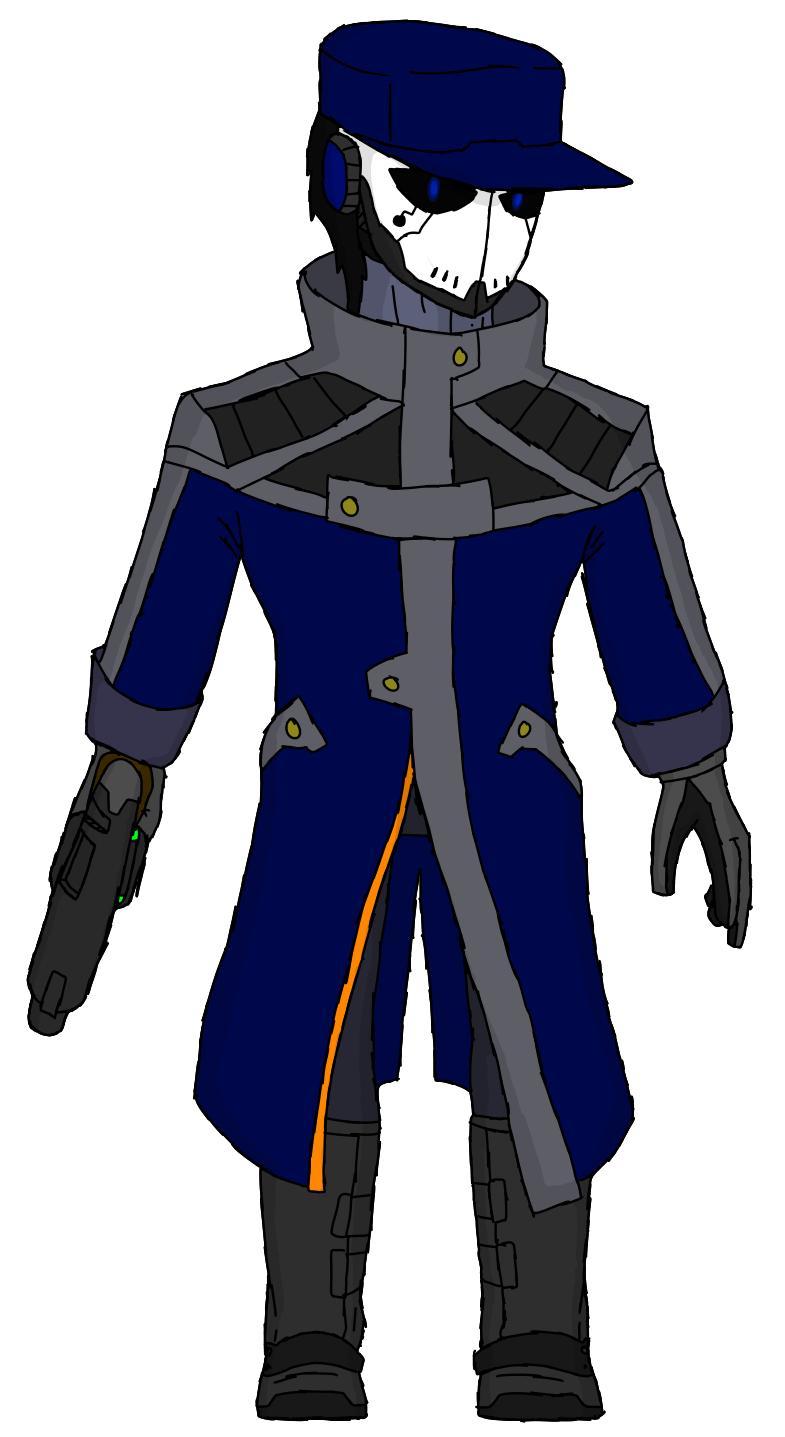 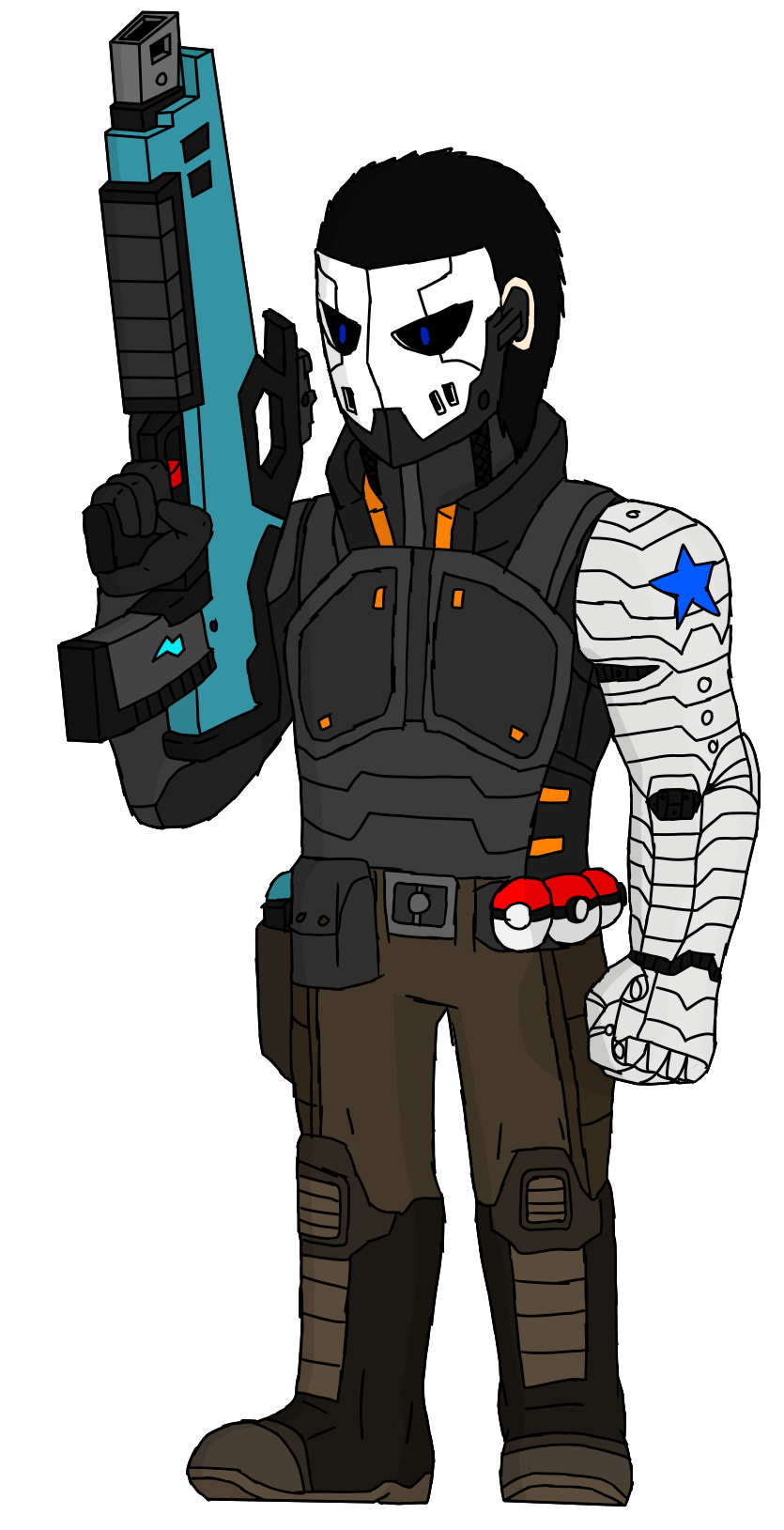 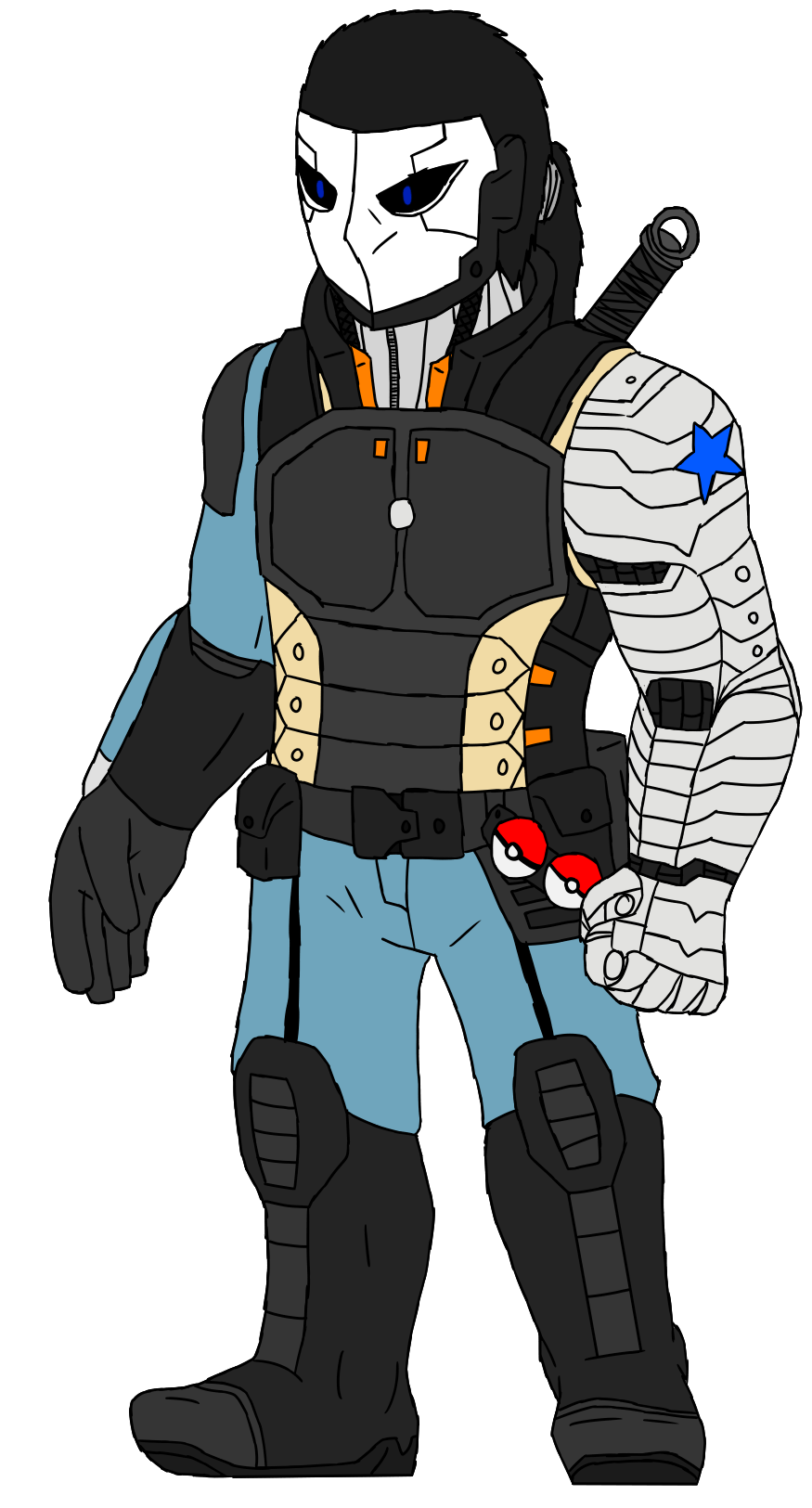 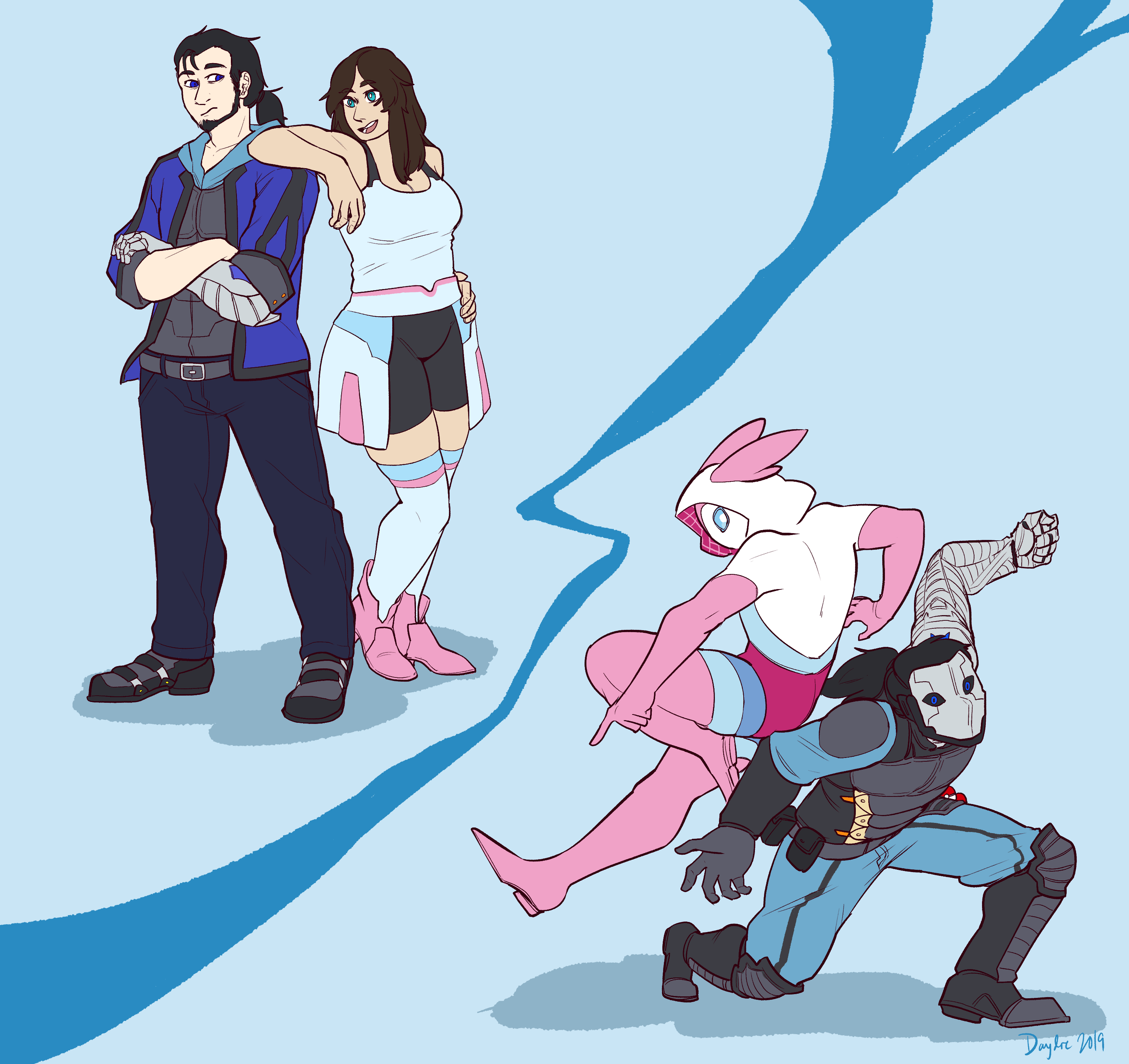 Silas and Roxy and their superhero identities Jackal and Fox. Drawn by Daydre 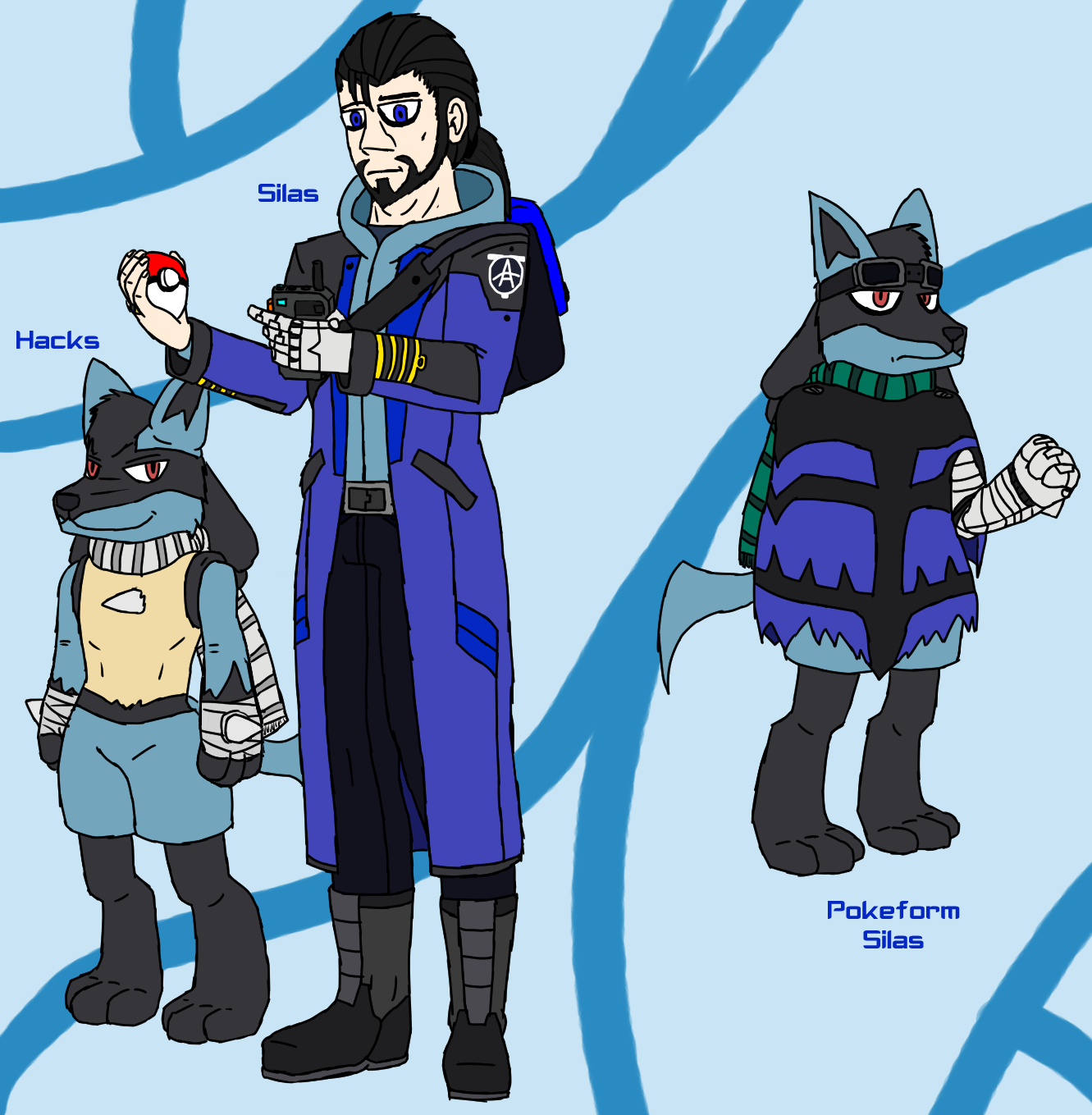 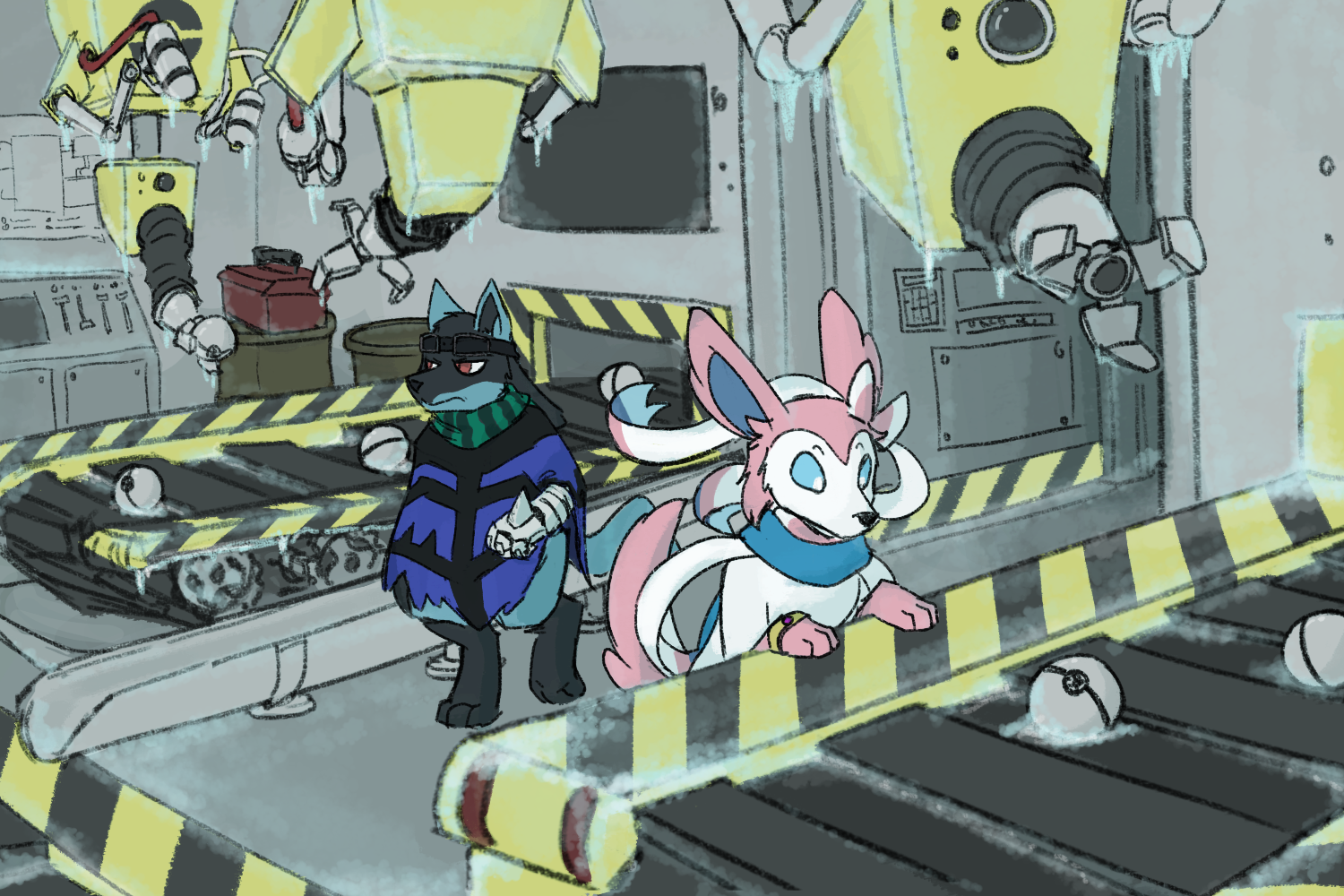 Silas and Roxy in mon form exploring a factory in PMD-B. Drawn by Agent Nein 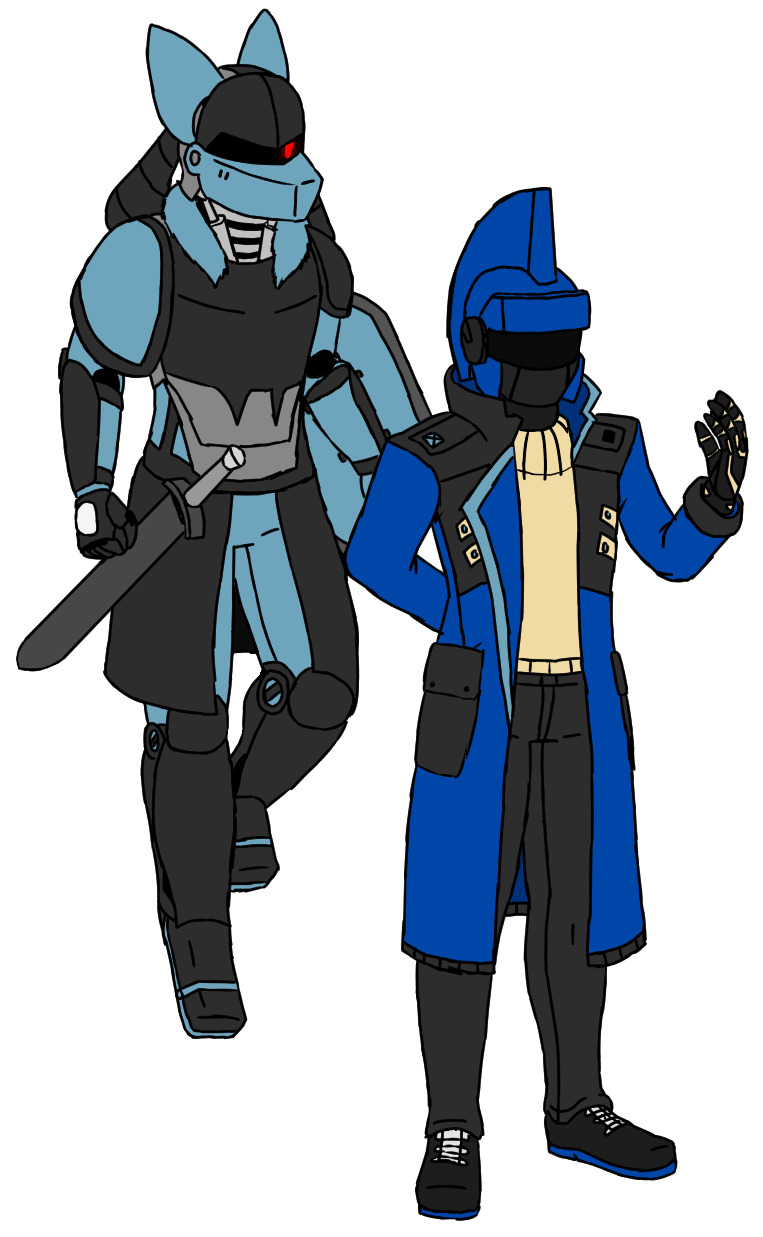 Silas in his Phantom Thieves Jackal Guise, with his persona Knight