Crochet is Tagg's female Leavanny, who he met as a Sewaddle inside Pinwheel Forest. Probably the nicest member of Team Nova, she serves as the group's heart, and also its tailor and seamstress. Make no mistake, while she's not as powerful as Limna, Crochet is a fairly accomplished combatant, taking advantage of her speed and very sharp armblades to trip up her opponents. However, growing up in a creche for her whole life has left her somewhat naive to the ways of other mons and humanity.

Within the AU, Crochet was pressganged by Scolemis into being a medic for their forces, and had evolved to Swadloon around the time of the war's end, where she was free to return to Pinwheel Forest.

It is unknown how Crochet fared in the PMD-B timeline. 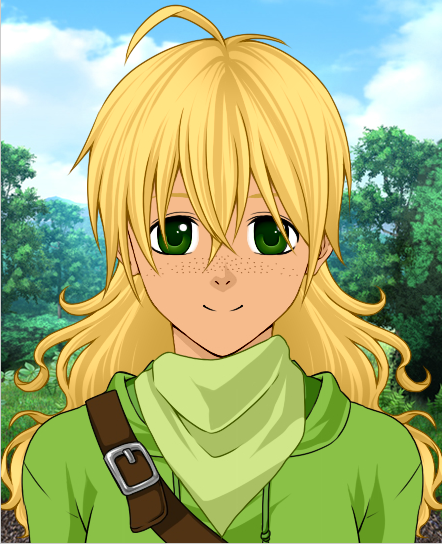 Hypothetical representation of Crochet wearing a Pokémon to human armband.