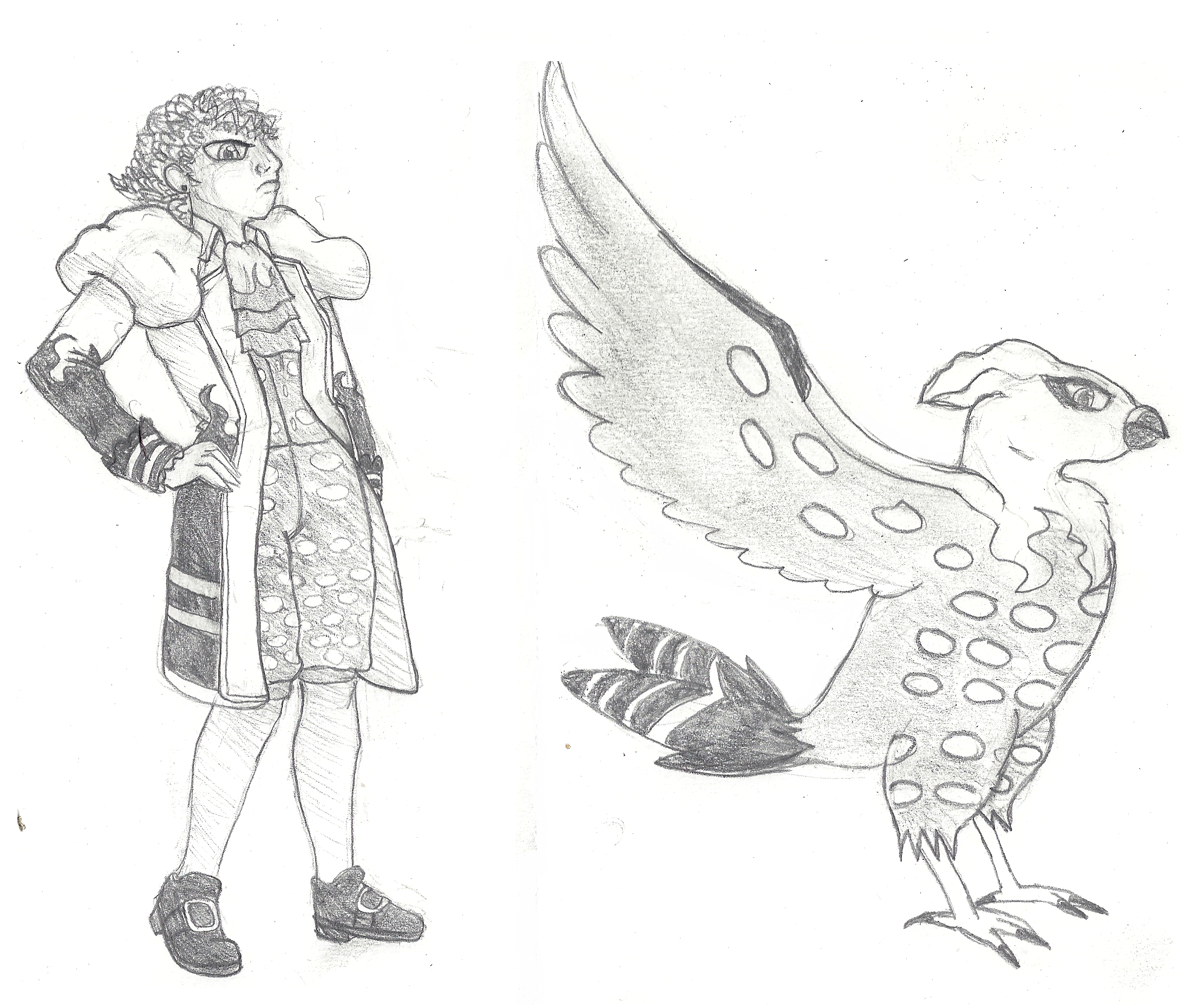 Portrait of Lisa as both Talonflame and Human. (Commission by MousaThe14)

Lisa is a Talonflame of the Le Bel Household of Santalune Forest. She was caught by Sholto less than willingly, but ended up deciding to stay on his team after growing accustomed to it while pretending she was falling for a charade that Sholto was using to try and have her be a more willing member of the team. She also considers herself an expert thief.

Murkrow: A bit better, but no desire to be one if she can help it. 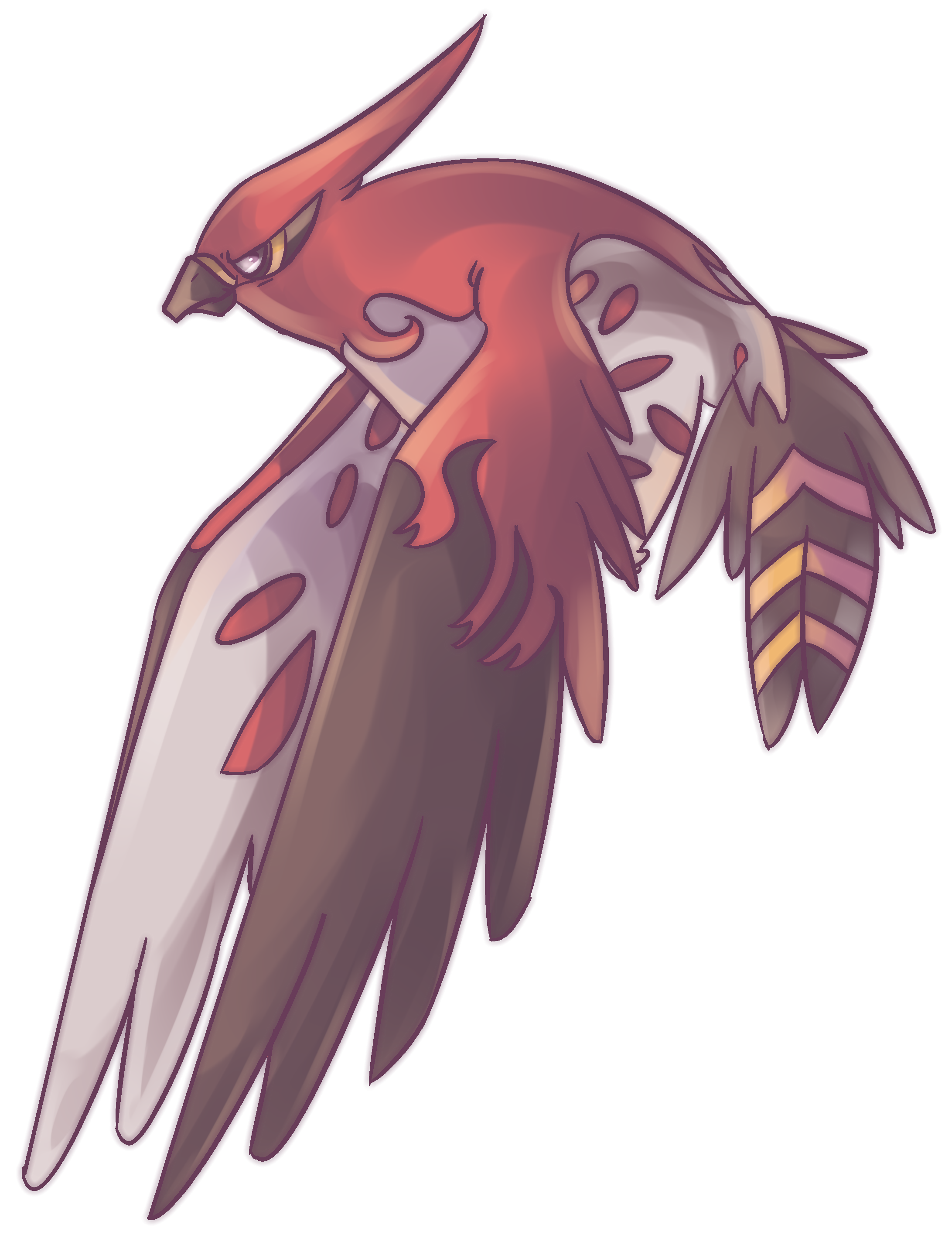 Portrait of Lisa. (Commission by autobottesla)