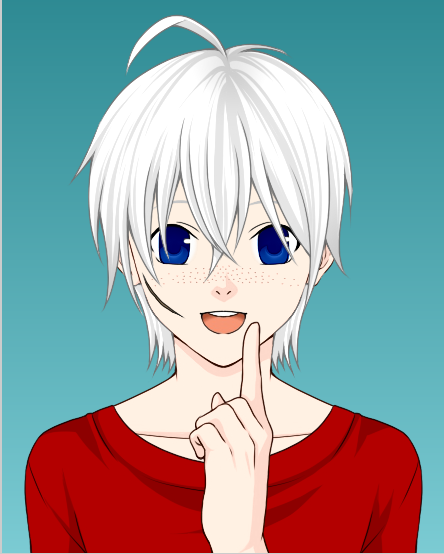 Joseph was born and raised in Striation City in Unova, and led a very happy childhood. He received a starter (an Oshawott by the name of Shinobu that likes his older sister far more than him), but put off starting his journey to work at the nearby Day Care for a few years. Over this time, Joseph acquired a deep love for Pokemon of all sorts. Once his time working there came to a close, he was given four eggs as a gift. These eggs eventually hatched into Scarlett, Nightshade, Lady Black and Margaret. With these four, Joseph was encouraged to travel, somehow ending up in Johto and coming to the J-Team.

Joseph is cheerful, excitable, and hyperactive to an almost absurd extent. He is enthusiastic about almost everything he does, whether it be battling, coordinating or simply talking. When things get too much, however, Joseph has a tendency to go into bouts of delusional cheeriness, severe anxiety attacks, or simply deep depression.

He finds almost every Pokemon to be wonderful (with the notable exception of Vespiquen), and often has Fortis-esque episodes of squeeing over cute mons.

Joseph stands at about 5'6". He has deep blue eyes. He wears t-shirts of varying bright colors, and jeans or sweatpants. There is a very faint scar along his right cheek.

His hair used to be a sandy blond, but it has been changed to a stark white after he sold his hair color to a Dedenne merchant.