An explorer and aspiring archaeologist who happened upon a group of living legends. Specializes in sandstorm combat.

A native of Orre, Derek Morton was more at home in the barrens around his home of Phenac City than in the town itself. He would lose himself exploring every tiny nook and cranny trying to find nothing in particular. This earned him his nickname, as people in town compared the young man to a "walking sand dune". Aside from his school studies, he poured over books about ancient history and maps, most of which he found to be woefully vague or incomplete. Deciding that he wanted to fill in the blanks himself, Dune signed onto the first of Silph Co.'s many expeditions. Providing much needed muscle (literally and figuratively) and knowledge of the local landscape, Dune found himself rehired time and again. He eventually saved enough money to obtain all the supplies he needed, and bought passage from Gateon Port to new and interesting place.

Dune is helped the J-Team find and defeat the scientists that had attempted to capture Cresselia, and after some convincing, went to Orre with the rest of the team after it was discovered that Cipher was the main financial backer of the aforementioned scientists. There, Dune has not only Snagged several Shadow Pokemon, but has also discovered that he is in fact the descendant of Sabaku, he's started training in Sabaku's personal fighting style, and that Galvani, his starter and partner, is in fact a girl.

Dune has short brown hair and brown eyes. His skin is very tan from the amount of time he spends in the sun. He stands at about 5'10", with a thin frame that makes most clothes in his size category a little loose.

Dune dresses for practicality. He favors clothes that are light and loose when traveling through the desert or mountains, but will wear thicker clothing at high altitudes and in colder climates. He prefers light earth tones, generally tan or brown. He can always be found wearing his pair of custom orange Go-Goggles, and will usually have a tan scarf wrapped around his neck.

He has received two sets of headwear as gifts. The first is an Indiana Jones-esque fedora, which he received from Des, and the second is a helmet, crafted by Galvani, which looks suspiciously like a military ballistics helmet. Galvani later added a light to the front of it.

After discovering the tomb holding ancient warriors of Terrera, he was rewarded with an ancient staff made of petrified wood, capped with a small figurine of an Arcanine made of white gold. He now uses it as a walking staff.

Dune is, in a word, observational. He has studied every myth and legend he can get his hands on, as well as the synopses of said legends by others. He tends to read new people about as often as new books, and knows what to looks for when telling someone's mental state. This can backfire, as he tends to drown out other events, leading to tunnel vision. Dune developed a strong sense of morality from all the myths and legends he read, as well as the sense of honor his father instilled in him. He believes that while doing good towards someone evil may not seem logical, doing evil towards evil will only make matters worse. Dune does not see himself as a natural leader. He has a natural urge to help those in need, but will step back if he believes someone can handle the job better.

In the AU, Dune never met Galvani. Thus, he lost interest in trying to leave Orre and eventually enrolled in Phenac University to earn a Masters Degree in World History. He also shed his old nickname, and is commonly known by his first name Derek.

After the bombs hit, Derek fled the city and met up with Justy, the PreGym leader. The two of them gathered a small group of refugees and fled to Eclo Canyon, where they built a small base using the remnants of the old Team Snagem base. After hearing rumors of a prisoner from Kalos that was being kept in solitary confinement, Derek and Justy rescued the captive, who turned out to be General Guy, a famous revolutionary returned as a Yamask.

Dune has acquired a variety of odd items over the course of his travels. Notable examples include:

Dune is relatively new to the group, so he hasn't become fully acquainted with many of the more senior members. 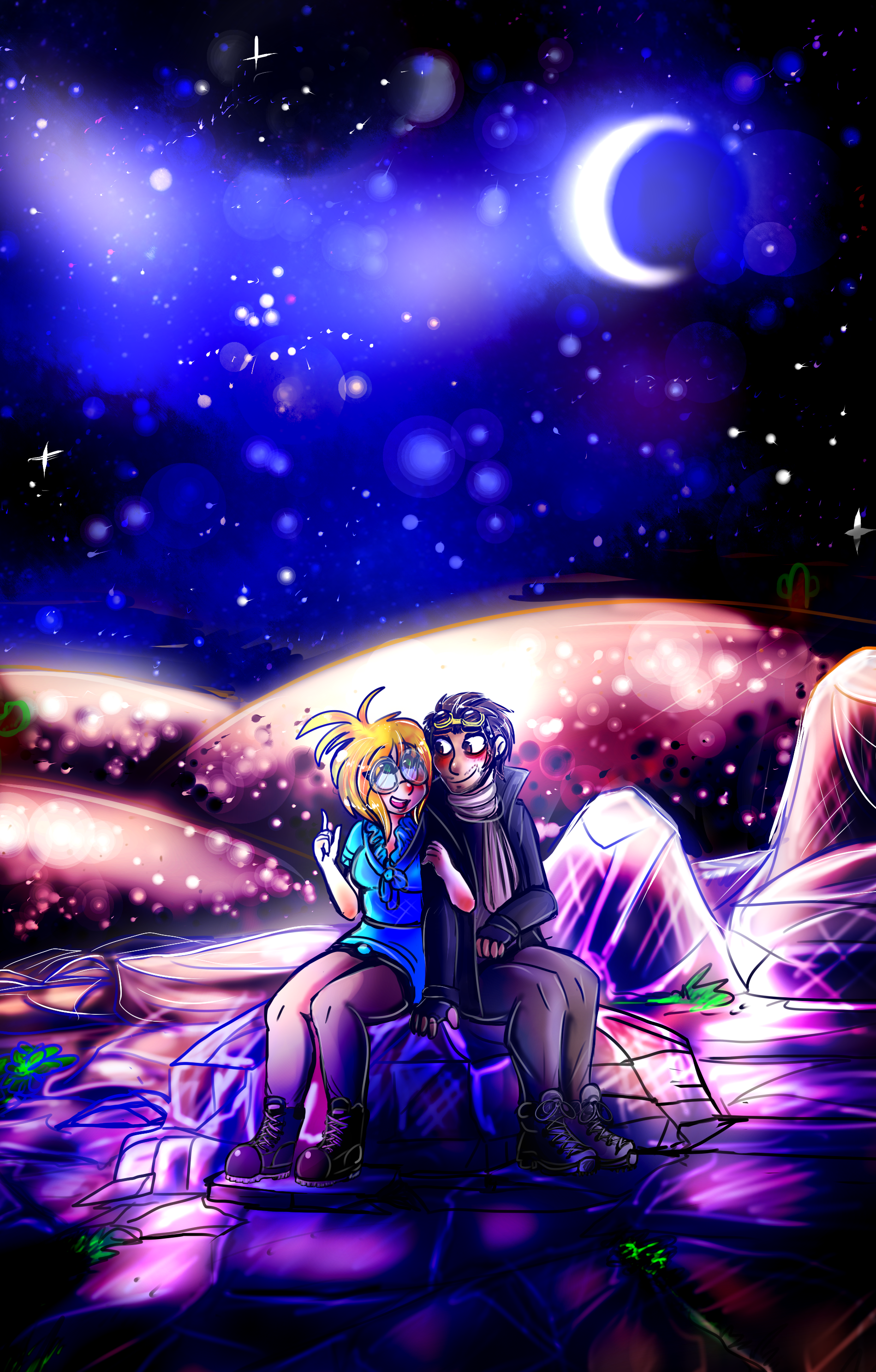