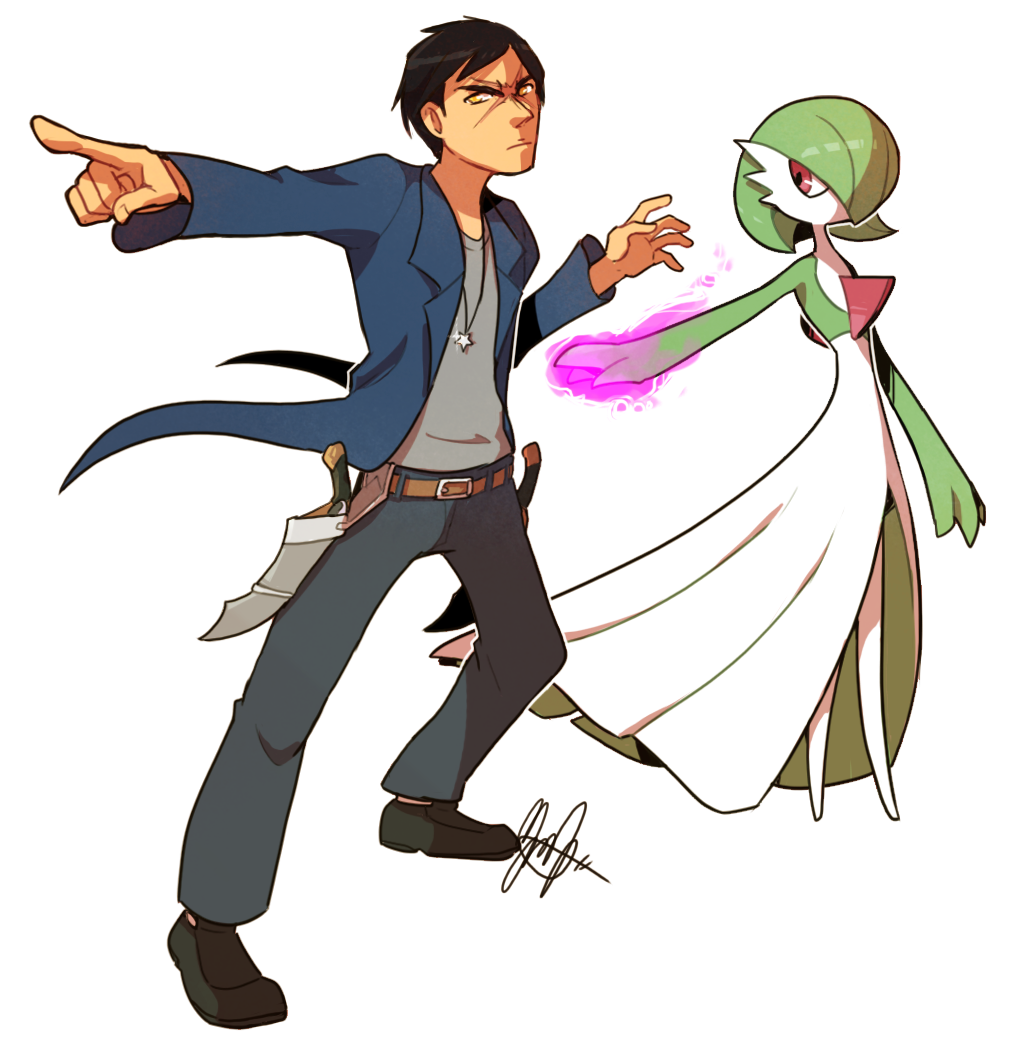 Artwork of Jacob and Regina by ky-nim.

Jacob Lucretcius Tenebris Zalendredo Iridis is the no-nonsense, semi-awkward, prideful Self-Proclaimed Pokémon genius. Having essentially grown up battling, most of his personality revolves around that. He is very easy to anger when someone he cares about is threatened, and easy to bait into problems by challenging his pride or talent. He's very philosophical, often going off on rants exploring far more meaningful interpretations of subjects when unprompted. Early on he was easily brought into conflict, but has since grown out of this.

Jacob is the orphaned child of Marcus and Valery Iridis, two Dark type specialists. He was born in Petalburg in Hoenn where he lived a fairly normal childhood. His parents were murdered and his home was destroyed on his eight birthday, right after obtaining his first Pokémon, a Ralts who he named Regina. Jacob, heir to nothing, unable to support himself, and unwilling to be raised in an orphanage, spent some time as a beggar before coming across an illegal underground Pokémon tournament business, where he decided that how he would support himself. Seven years later, he left this, now rich and able to support himself and chose to prove his new found strength against the Hoenn League. He beat Hoenn's Gyms within one week and then took on the League itself, winning due to a combination of his, now fully evolved, Regina's unprecedented power, strategic capabilities he had gained battling almost half his life, and a number of battle regulation violations that he was unaware of due to his near complete experience in unregulated tournaments.

After defeating the League, with almost nothing to do, he was recruited by Elityria, a girl from Lilycove who had dreamed of seeing every Pokémon in Hoenn. For the next three years the two would explore all of Hoenn, getting into many life threatening, awkward, and awe-inspiring situations, and grew very close. This ended when, just before seeing Jirachi, the last of the Hoenn Pokémon they had to find, Elityria was killed by a Scizor, who was in turned killed by Jacob in a fit of rage. After approaching Jirachi and getting assurance he could have his wish granted in the future, Jacob, to honor the memory of Elityria, vowed to see every Pokémon in existence.

He spent months planning his journey, starting with Johto, which is where his first encounter with the J-Team would occur.

Jacob first encountered the J-Team in Olivine, where he battled to a draw with Crow. Soon after he left for Ecruteak, where he began the first of many arguments. This one in particular was between him and Zeal, Jacob believed that because Zeal had let his Quilava, Fajro, be stolen, Zeal was unfit to be a trainer. After this all calmed down, Jacob left and went on to Mahogany, where he defeated Pryce. He continued on to Blackthorn, and inside the Ice Path he captured a Sneasel, Voidstar. Upon reaching Blackthon, Jacob, with ruthless efficiency, defeated Clair. He went on to explore the Dark Cave where he was someone poisoned with a Toxic, which led to him beginning to die for the rest of his time there and into his adventures in Unova.

He was brought to a hospital by Crow, having been informed by Discord of Jacob's affliction. When Jacob awoke from his Toxic-induced coma, he could barely walk and continued to cough up blood. Jacob, owing Crow for saving his life, assisted the latter in training his Gible Finn at the Dragon's Den, engaging in a double battle with Finn and Monty on one side, and Regina and Argentum on the other. It resulted in a win for Jacob, who wanted to see how Regina would fare alone against the both of them. During that battle, Regina was nearing defeat, and Jacob began to become unhinged. It was during this battle that Sakura was brought back into Johto, and witnessing Jacob coughing up blood due to his toxic induced state, became concerned. Later Jacob would begin developing romantic feelings for her, and the two had a few encounters, eventually ending up battling to a draw. Jacob was then driven to the brink of insanity by Sakura's Ralts, Daisuke.

Jacob, to escape further interaction with Sakura, left for Kanto, and ended up experiencing his first true loss in over seven years at the hands of Blue. In a fit of uncontrolled anger, Jacob left for Mt. Silver to train, only to lose function of his legs, and resorting to using his Metagross as a method of transportation. After trying again and defeating Blue, Jacob returned to Blackthorn where he met up once again with Zeal, the two on far more friendly terms, and also met Straw. These three were soon brought in to a group heading to the League, when Jacob was made an official member of the J-Team, though forced, after hearing about all the crazy adventures they'd gotten themselves into.

At the League, Jacob once again encountered Sakura, and though he did his best not to let anything happen, he snapped when he overheard her explaining why she would never want to date him. This caused him to nearly murder her, and gain the antipathy of all the people there. Notably, Des, who returned from beyond the fourth wall, and Lyuri who hit him in the face by throwing a jar of honey at him. Discord, who had been punted to an alternate dimension in Blackthorn, and who had returned when they reached the League, was the one who calmed down the situation.

Jacob went back to Kanto, then to Unova early, where he encountered Lily and Mezzo, and aided the latter in escaping the former. He stayed with the group that had also come to help Mezzo, until they headed to Pokéstars in Virbank. 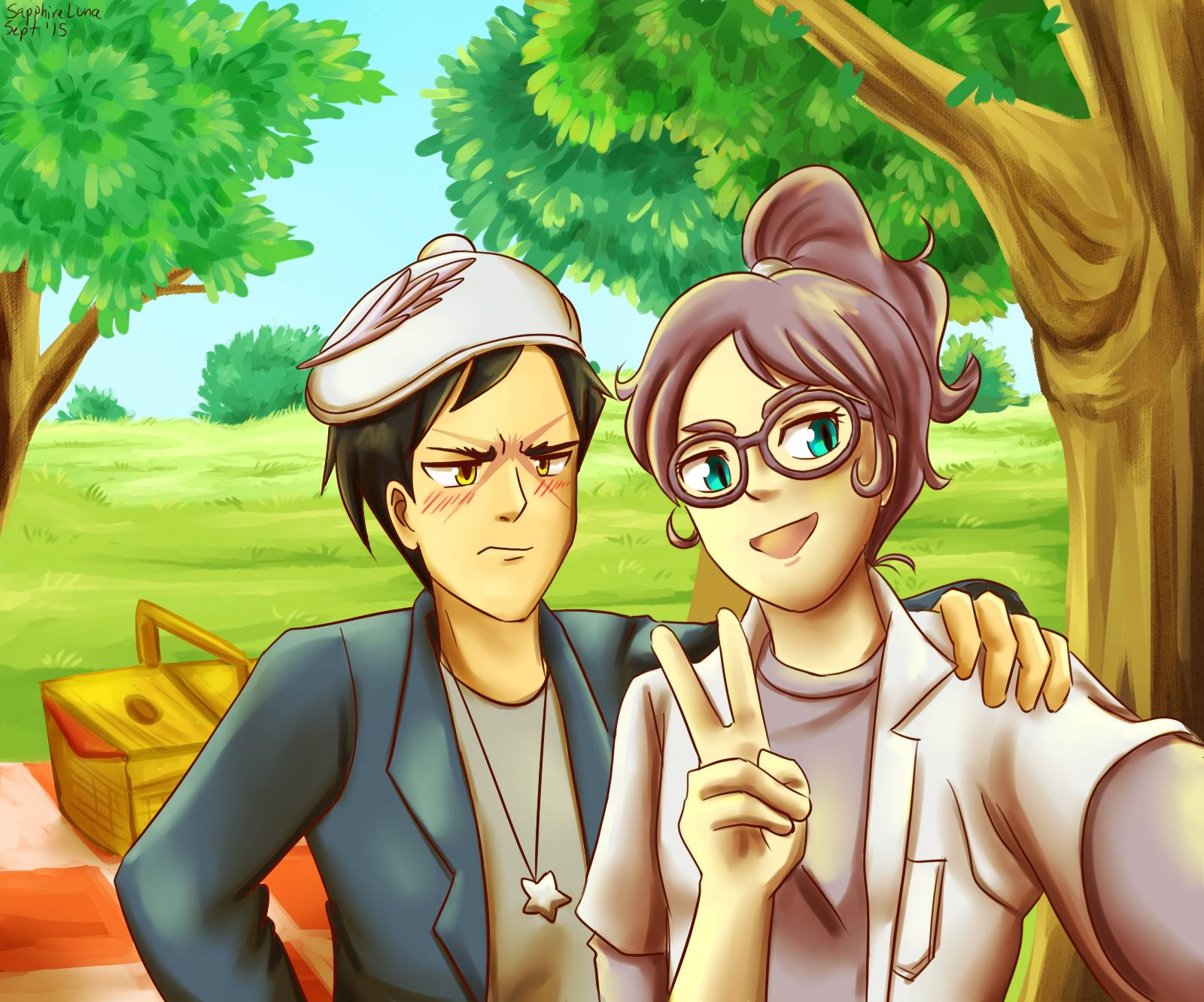 Jacob and Hikari sharing an intimate moment. (Commission by sapphireluna.) 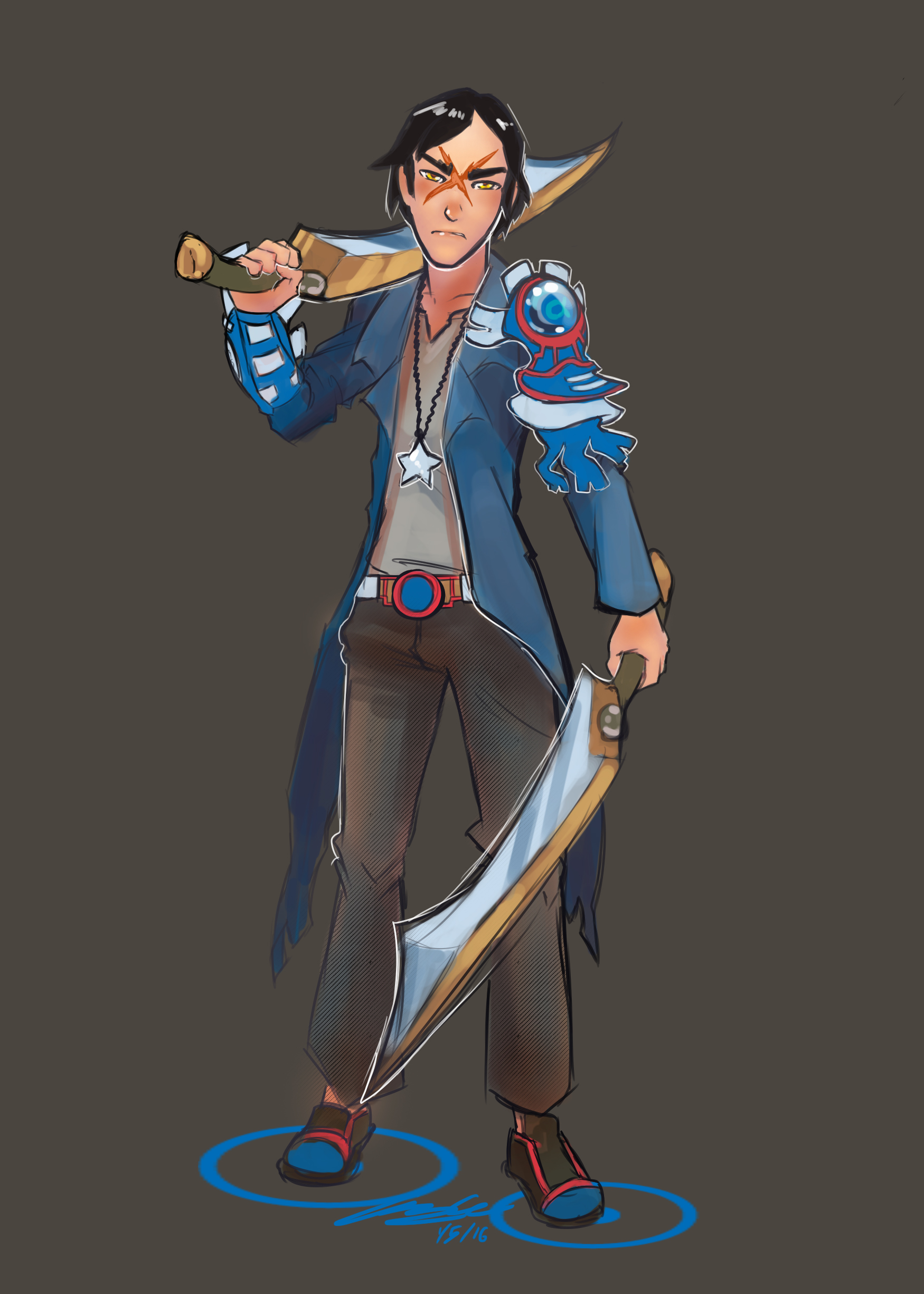 Jacob wearing the pauldron of his Primal Kyogre themed armor, by Audrey Greenhalgh.