Diane Amarin is the third PC of Eskay64.

Diane is a girl who spent the first fifteen years of her life believing humans had been extinct, after having lived in PMD-A for those years. She was introduced to humanity by Eskay and Skye, and it was revealed she was a human herself after she followed them through the portal to the Entralink.

Diane's grandmother never traveled to PMD-A in the AU. Instead, she traveled to Johto, and raised a family in Ecruteak. As such, Diane ended up being Eskay's neighbor. However, she still liked birds a lot - the very trait that decided her Pokeform in the OU - which led her to become a Flying-type specialist, starting out with Aura, a Staraptor.

She is great friends with Ammy and Crewe, due to their similar history.

Skye is her wife, and the two of them are in a polyamorous relationship with Alyssa and Isbrand.

She is distant cousins with Wolf and Katie.

Diane does not have an "official" team, but she does consider Annie a close companion. 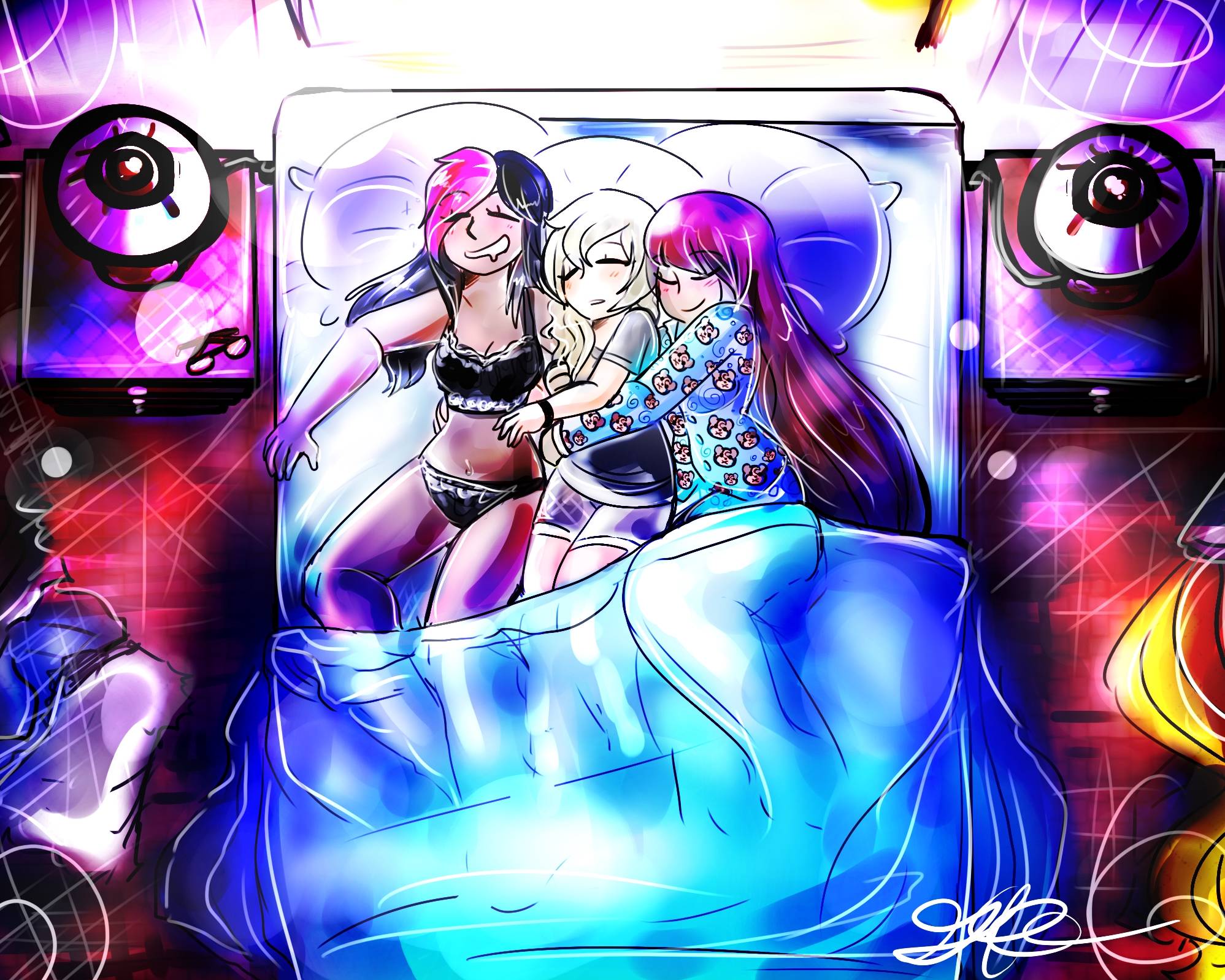 Diane, Skye, and Alyssa sleeping together. (Commission by gabbiestuff.)