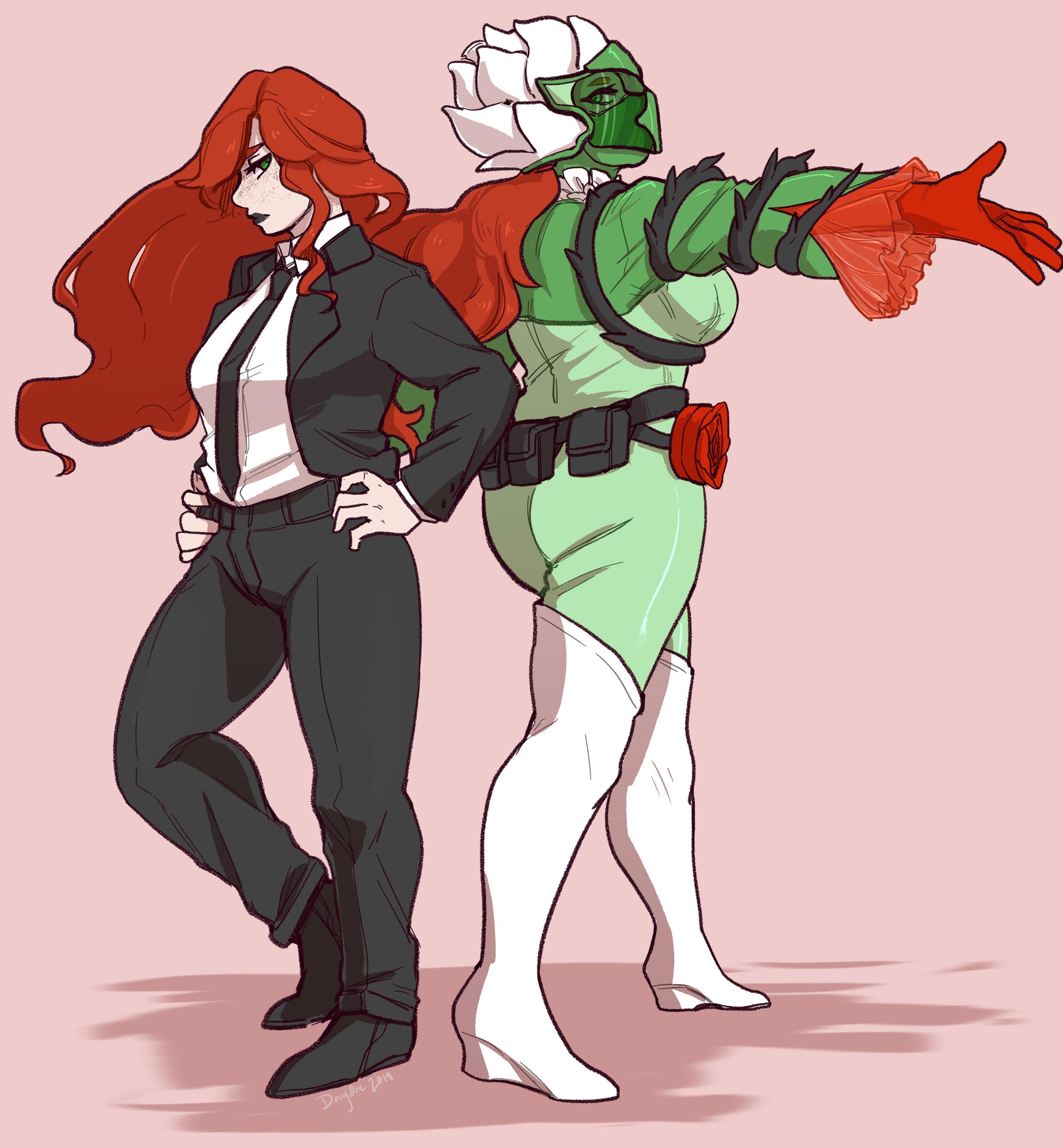 Alice (left) and her Gaia persona (right). Art by Daydre.

Alice O'Sullivan is a trainer from Sinnoh and the second PC of Herbert40k, specialising in Grass types. She also operated under the superhero alias of Gaia.

Alice is a Pokemon Trainer and Obscuric who occasionally travels with the J-Team. She is typically quite stoic and formal, using overly verbose language to mask her emotions, but has grown to show a more emotive side towards those she trusts. Though she previously struggled with sarcasm and took most remarks literally, over the course of her travels she has developed a rather dry wit. She tries to carry herself with an air of confidence and authority in all situations.

Alice was born in Eterna City who grew up with an absent father and unstable mother. Growing up, she was quite an isolated child, with her only friends being Lucius and Herbert. At the age of eleven, she convinced them to sneak into Titan's labs, with disastrous consequences. From there on out, she accompanied Lucius in his search to bring Titan to justice, and the two may have been romantically involved at one point.

Upon meeting the J-Team in Unova, the two began to drift apart until the Ranger-2 arc, when Lucius convinced her to join his superhero team under the alias of Gaia. However, his aggressive leadership style once again pushed the two apart. Alice was then captured by Abel and S, who used her as bait to ensnare Lucius before torturing them both to death.

She was resurrected as a Misdreavus with an Obscuric body by Yveltal and Sol during Hoenn-2, and subsequently began to operate alone, founding Alice's Faction in Orre. After Lucius's defection to and subsequent departure from Team Iron, she made it clear to him that their friendship with one another was over.

Alice's best friend was Lucius, the two having grown up together from an early age, and they may have been romantically involved with one another at the past. Since his defection to Team Iron, however, any affection she may have had for him was lost.

Alice was good friends with Lanie, and her apparent death at the hands of Æther left her deeply affected. She is also good friends with Kai, and as of the Entralink arc, the two are romantically engaged in an open relationship.

Alice is pale, freckled, muscular and relatively tall. Her wavy hair is naturally red but is usually dyed black, and her preferred attire is a formal black suit. Previously, she favoured tattered jeans and a green turtleneck sweater.