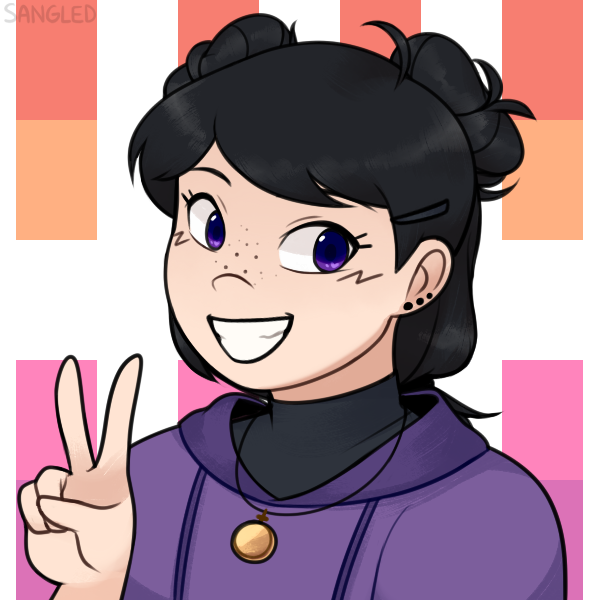 Molybdenum, also known as Alumnus #42 or Ramona, is an alumnus of The School based off of the genetic template of Aiura, and is believed by the School to be the only surviving member of her class.

Molybdenum strongly resembles both the usual School phenotype and the Cains she shares genetics with, standing at about 5'6" with pale skin, back-length dark hair, and purple eyes. On assignment she wears purple and black body armour, with her face hidden by a smooth, featureless helmet that also distorts her voice.

Molybdenum is arguably one of the most powerful known Schoolkids, whose psychic abilities include total mind control, memory modification, and the ability to warp the perceptions of those around her. As the valedictorian of her class, she was required to liquidate all the other members of her batch, though it was later revealed that at least one somehow survived.

Her first encounter with the J-Team was when she enthralled Megan for nearly a month, using her to steal from and nearly murder Abilene Macraul and lure Kai, Daydre, Tagg and Ever into a trap. She and Megan were ultimately defeated, but she escaped, wiping her face from Ever's memory and compelling them to believe they had killed her (though they soon realised that their memory had been altered). She later found herself on assignment at J-Con with Beryllium and Neodymium, where she encountered Tin from her batch and tried to kill them, but only succeeded in rendering them clinically brain-dead for several minutes.

As one of the School's most fearsome assassins, Molybdenum has few human connections and regards most others with disdain. She holds a particular enmity for Ever after their encounter with each other and Ever's offer of mercy. She is highly protective of Beryllium and Neodymium, viewing them almost as little sisters, but would vehemently deny any attachment and is well aware that she may have to liquidate both some day.