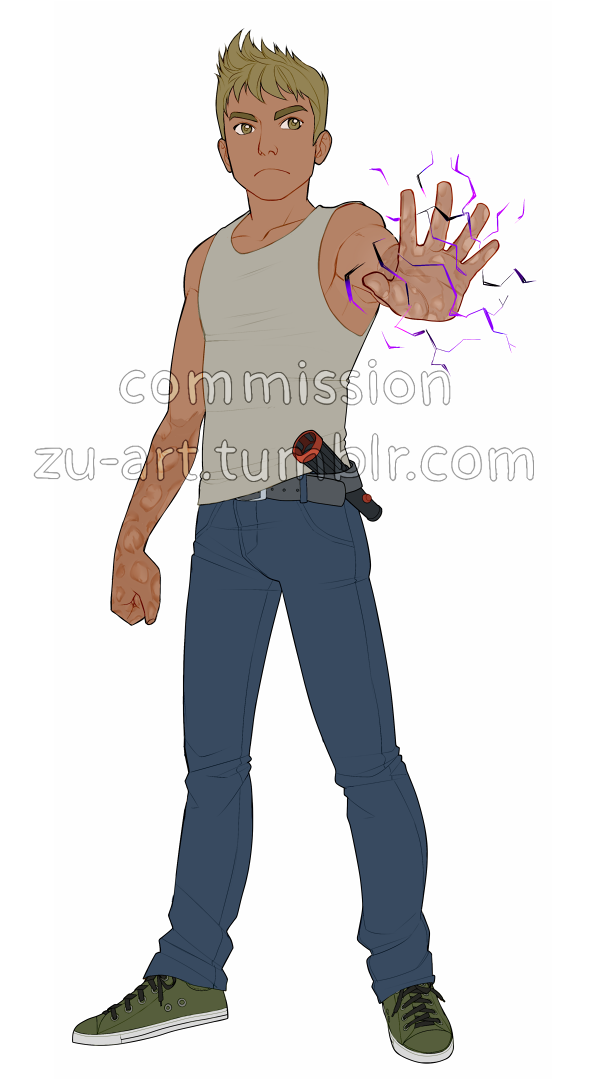 Vierr lived his entire life holed up in Holon City. Despite having wanted to leave home for the past four years, all attempts to do so had been thwarted by the Warrior Clans in Ergon Field. Since then, he's been trying -- with little success -- to hone both Aura and Obscura, which he discovered he had potential for at age 6.

Vierr has light brown skin, messy blonde hair and hazel eyes. After a hiatus following the Alola arc, he grew a short beard. Growing up, he generally wore plain gray shirts and jeans, but currently wears primarily blue, both in uniform as an Aura Guardian and as casual wear.

Vierr is in training as an Aura Guardian, and is currently the only known living Pan-Auric human, though on introduction he had a bit of a rocky start with all parts of it, earning him the nickname "terrible wizard". However, he has since vastly improved.

He has respect for Umbra, disregarding the fact that the first thing he learned was that Umbra was the notorious Ghost Lord of Ransei; Vierr cares more about the fact that Umbra happens to be an excellent Obscura teacher.

He is Alyssa's cousin.

He was in a relationship with Elise, but eventually grew apart.

He is a descendant of Kan'al'colel 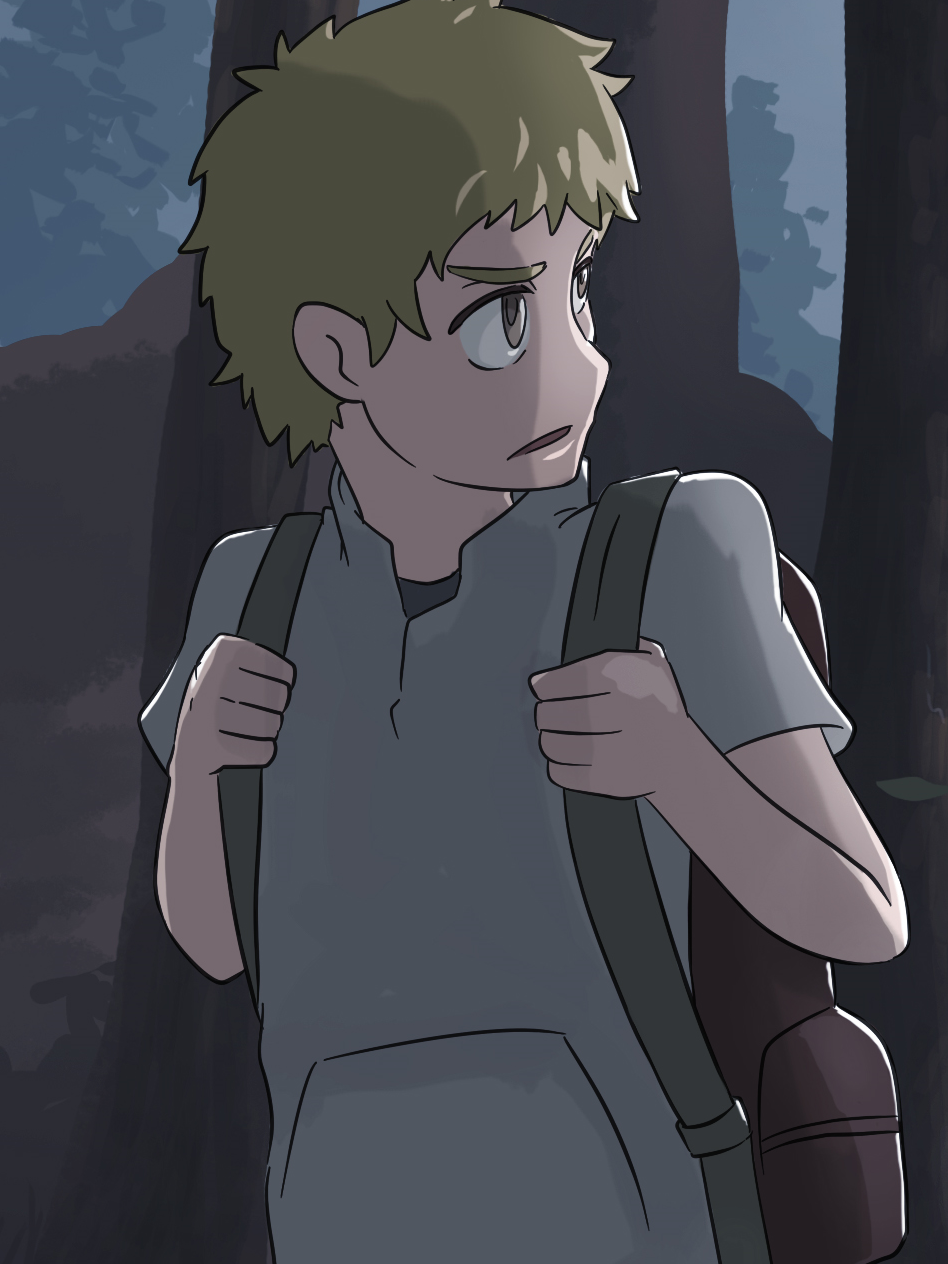 Vierr as a child in Mirage Forest, as depicted by mark331.