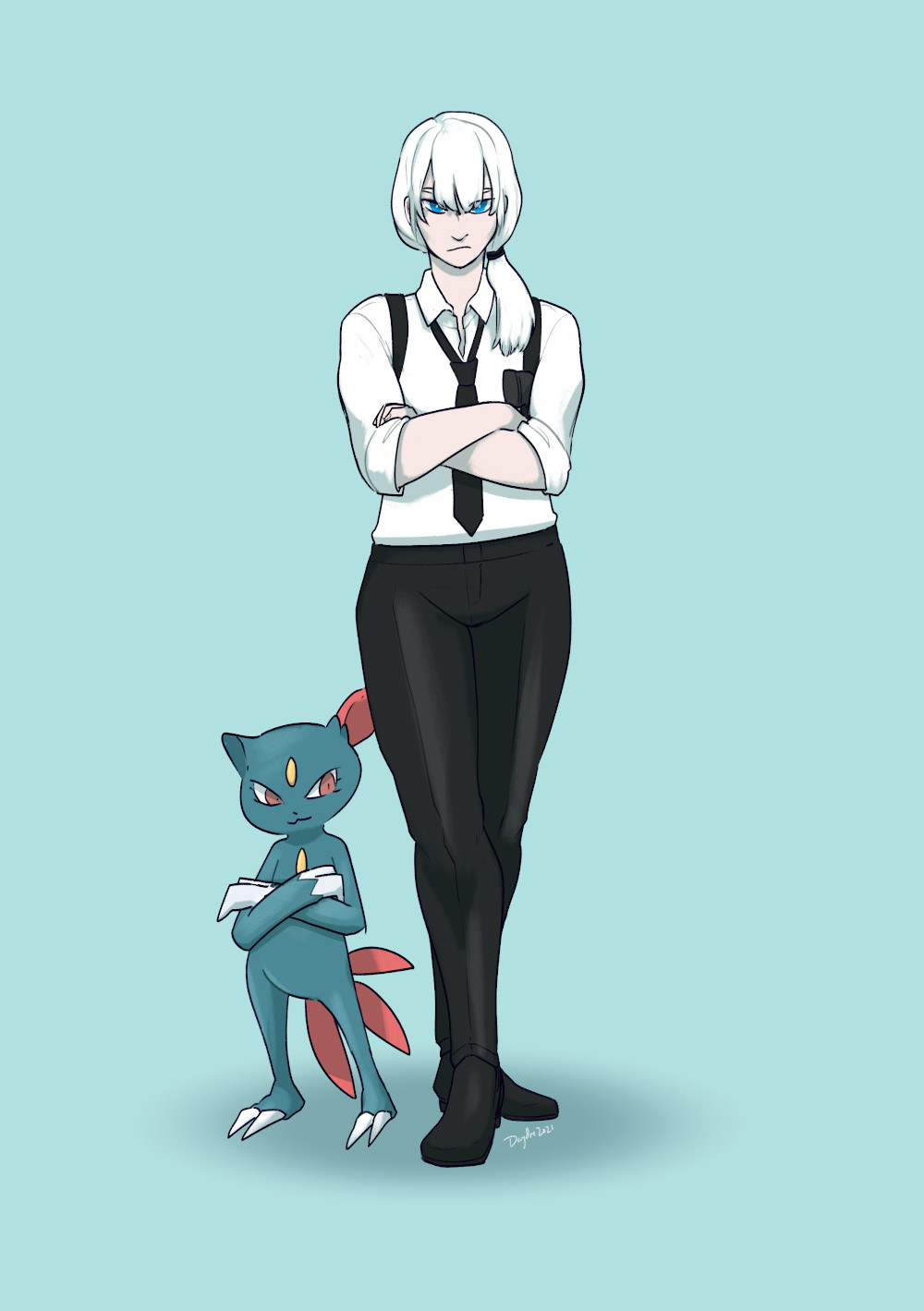 Melissa Blaise, more commonly known as Lissa, is an NPC written by Herbert40k and a member of Alice's Faction.

Lissa currently acts as Alice's assistant and right-hand-woman. She is brusque, direct, and promiscuous, though it seems that at least part of this attitude is a facade to conceal her own emotional vulnerabilities.

Born into the wealthy Blaise family in Kalos, Lissa enjoyed a fairly nondescript childhood until her parents lost most of their fortune in unknown circumstances. In desperation, they turned to a wealthy but enigmatic businessman, Mr Smith, who agreed to pay off their debt in exchange for taking one of their children into his employ. The Blaises' eldest daughter, Adeline, disappeared shortly afterwards, and so Lissa was offered in her stead.

As it turned out, Lissa was a latent psychic, and Smith sought to exploit her abilities. Using experimental techniques, he had his Malamar psychically bond with her, vastly bolstering both of their powers and effectively "overwriting" Lissa's personality and free will. Smith took to referring to her as Janis (derived from Janissary) while she was under his control, and she acted as his bodyguard until the Malamar's hold over her was broken during a battle with the J-Team in 2016.

After a brief coma, during which her hair turned white as a result of the sudden trauma, Lissa awoke to find her connection to her psychic abilities severed. She travelled briefly with Lucius before joining up with Alice's Faction in Orre. Her experience with Smith's Malamar left her with an intense phobia of psychic mons or becoming a trainer, though recently she has taken steps to confront this fear by catching Cait in PEFE HQ.

Though she is close to Alice, Lissa seems to set herself apart from the rest of the Faction. Recently she has attempted to strike up a rapport with Kendall, to limited success. She also seems to have gotten off on a good foot with Percy and Apple-A-Day.

Lissa is an athletic young woman with sharp blue eyes and stark white hair, usually tied back or pulled up into a tight bun. Her hair was naturally blonde, but turned white following the trauma of her bond with Smith's Malamar being severed so suddenly. She typically favours nondescript, masculine clothing, allowing her to fade into the background despite her distinctive appearance.