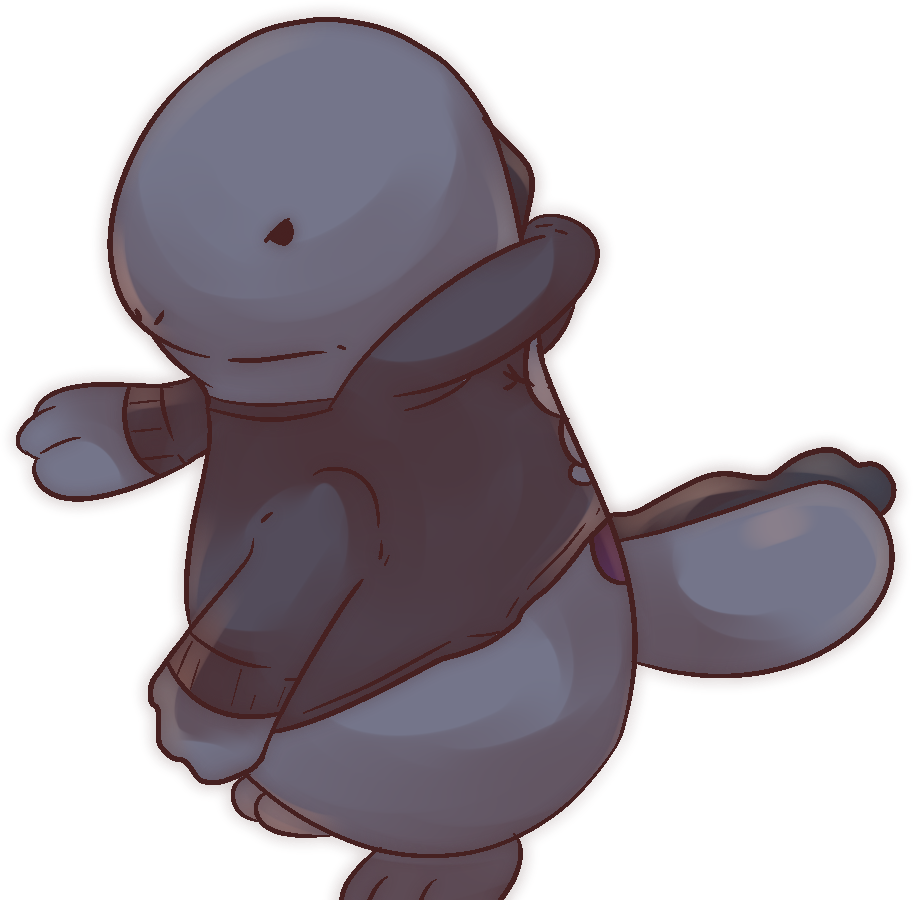 Hellbender is a Quagsire and a member of Maggie's team, Chum's Pirates, and a group called the Aksltl Bad Boyz. She is generally relaxed, but does have a bit of a mean streak when the situation presents itself. She has a strange affinity for bomb-esque things despite her ability naturally suppressing explosives. She would also consider herself a treasure hunter of a sort as of 2015.

Growing up in the swamps of Route 14 in Kalos, Hellbender at some point got involved with a group called the Aksltl Bad Boyz.

In what was formerly a normal day, Hellbender ran into a Rampardos and a Luxray who had come into their part of the swamp and was causing trouble. In the process of trying to teach the Rampardos a lesson, she ended up being caught by Maggie. After joining the team, she ran into the Greninja Squad to talk to them as a fellow-water based team, though they seemed to prefer things a bit faster than her. From there, she went on to keep training and ended up a member of the team that challenged the Kalos Elite Four, eventually winning.

Hellbender spent this arc at PEFE HQ, at some point being convinced to join Chum's Pirates.

Hellbender spent this arc with Maggie, but did not do much of consequence aside from starting to wear her current jacket.

After having spent some portion of this arc at PEFE HQ, Hellbender decided to head back to Route 14 to see her old gang and get them interested in the idea of treasure hunting. After some period of this, a lab-hatched Wooper came along and she convinced him to join too. From there, they ended up wandering out and collecting treasure. After finding an Armband that turned her into a Torkoal and getting temporarily devolved, she found another treasure that led to her getting captured by a then treasure-obsessed Honchkrow. Eventually she and Pankaja made their ways out of that scenario.

After a while, she suddenly dreamt of a black door which led her to a room with several jewels and a coin made of mithril.

Torkoal: Hasn't had much of a need to be one and doesn't want to mess up her jacket 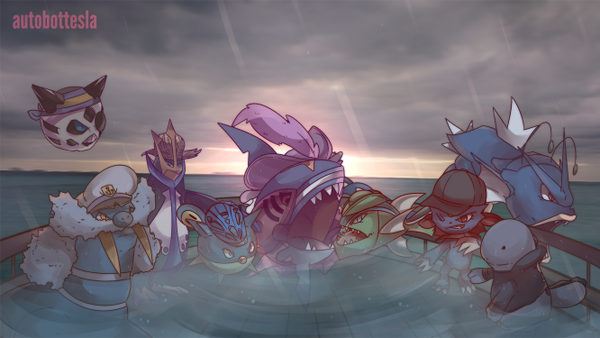