Waka, sometimes known as the Lazy Latios, is a Latios known for his reluctance to do anything that requires large amounts of work; he prefers relaxing and using his ability to look like a human to mingle with real humans over doing any sort of legendary duties. However, he's also somewhat curious, occasinally allowing him to overcome his laziness and actually do something.

During the Kanjoh Arc he dons a human illusion and travels around Johto with Silent and his group under the alias "Guy Incongnito". He convinces other Pokémon around to become his "team", such as Bozaka the Dragonite.

He is currently in a relationship with Kiki. 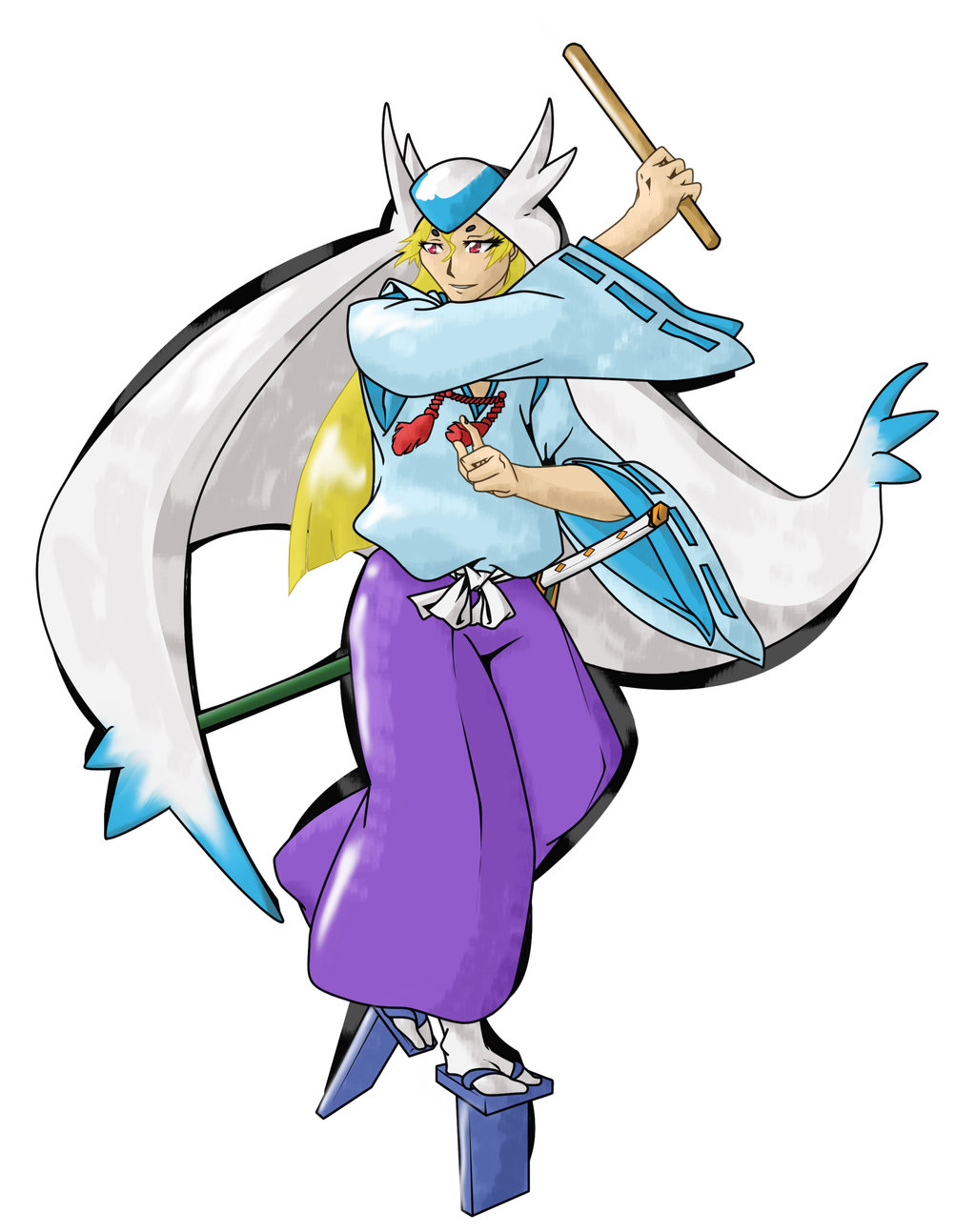 Waka in the human form he took in the Ransei days, by Pikaninja

In the Conquest arc, Waka appears before Ammy and co. several times as a human, though his status as friend or foe is still unclear. 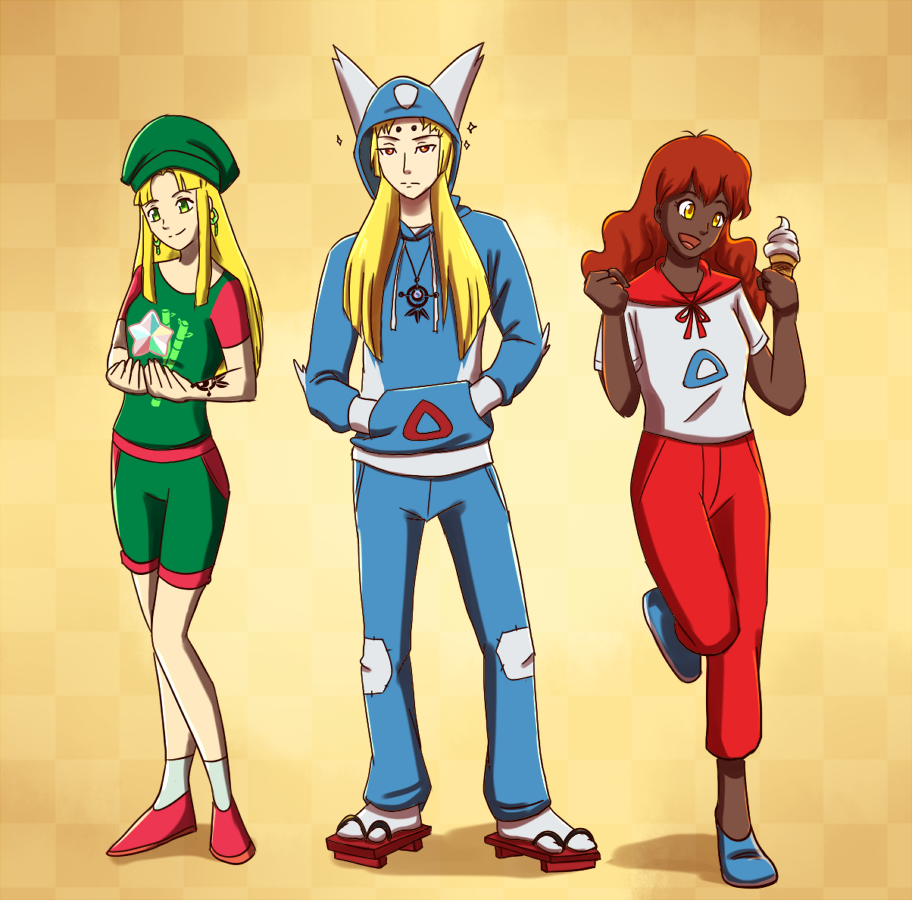 From left to right: Kaguya, Waka, and Kiki as humans in modern clothing, by sapphireluna.